The Shamrock property was staked by Contango (CORE) in March of 2021.  The property is located in the Richardson Mining District in east-central Alaska along the Alaska Highway corridor approximately 113 kilometers (70 miles) from Fairbanks, Alaska.  The property includes a total of 368 Alaska State mining claims covering approximately 52,920 acres (see Figure 1) and gives the Company a dominant land position in the Richardson District.  The property has excellent infrastructure being right along the Alaska Highway and is adjacent to the Trans Alaska Pipeline with several gravel roads and ATV trails providing good access to the entire property.  In addition, a high-voltage power line traverses along the southern property boundary.  This electrical grid provides power to the Pogo gold mine operated by Northern Star Resources Limited which produced approximately 175,000 ounces of gold in 2020 and is located approximately 80 Kilometers (50 miles) to the northeast of the Shamrock property.

Placer gold was discovered in the Richardson District on Tenderfoot Creek in 1905 and alluvial mining has continued intermittently until as recently as 2010.  The Richardson District produced over 120,000 ounces of alluvial gold since the early 1900s and more recently a small amount of lode sourced gold (Athey, 2016).  The Richardson District is characterized by gentle slopes and broad, alluvium-filled valleys.  The area is unglaciated but largely overlain by windblown loess, generally a few meters in thickness but locally up to 50 meters thick (see Alaska Division of Geological and Geophysical Surveys (ADGGS) Report #55, published in 1977 and Mining and Minerals in the Golden Heart of Alaska, Fairbanks-North Star Borough publication in 1985).

The Shamrock property is underlain by a series of metamorphic schists and gneisses (see Geologic Map, Figure 2) which make up the Lake George Subterrane of the more broadly distributed Yukon Tanana Terrane across interior Alaska and the Yukon, which is host to a number of large gold deposits (see Figure 3).  Peak metamorphism occurred around 110 million years ago.  Retrograde metamorphism resulted in cooling, gneiss dome formation and a transition from ductile deformation of the metamorphic fabric to brittle deformation, as well as a series of low-angle shears across the region.  Mid- Cretaceous extension resulted in regional uplift and denudation of the metamorphic gneiss domes.  Post-uplift plutonic activity often occurs along the margins of these domes where zones of extreme thinning are common.  Two ages of intrusive activity are noted at 105ma and 85ma.  Both mid-Cretaceous intrusive rocks are genetically related to lode gold mineralization.

There are three gold deposit types that CORE intends to explore for on the Shamrock property: 1) Gold in the low angle quartz veins characterized as “Pogo Type” mineralization; 2) Intrusive Related Gold deposits (IRG) associated with igneous intrusions where they intersect deep seated crustal structures (“Fort Knox Type”); and 3) high level rhyolite intrusive dikes with associated clay and silica alteration which occurs in the Democrat and Banner Dikes area of the property.

The property was previously owned by Coeur Mining which inherited the property as a result of acquiring North Empire Resources for their Sterling Gold Project located in Nevada.  Coeur deemed the Richardson property (as it was referred to as by Coeur) as non-core and dropped their claims in 2020.  Based on historic work, CORE determined that there are a number of well-defined soil anomalies with limited drilling that remain under-explored.  The Company plans to compile all previously acquired geochemical sampling, drilling and geophysical surveys completed on the Shamrock property and develop an exploration program for the 2021 summer season. Stay tuned for updates as this work program progresses. 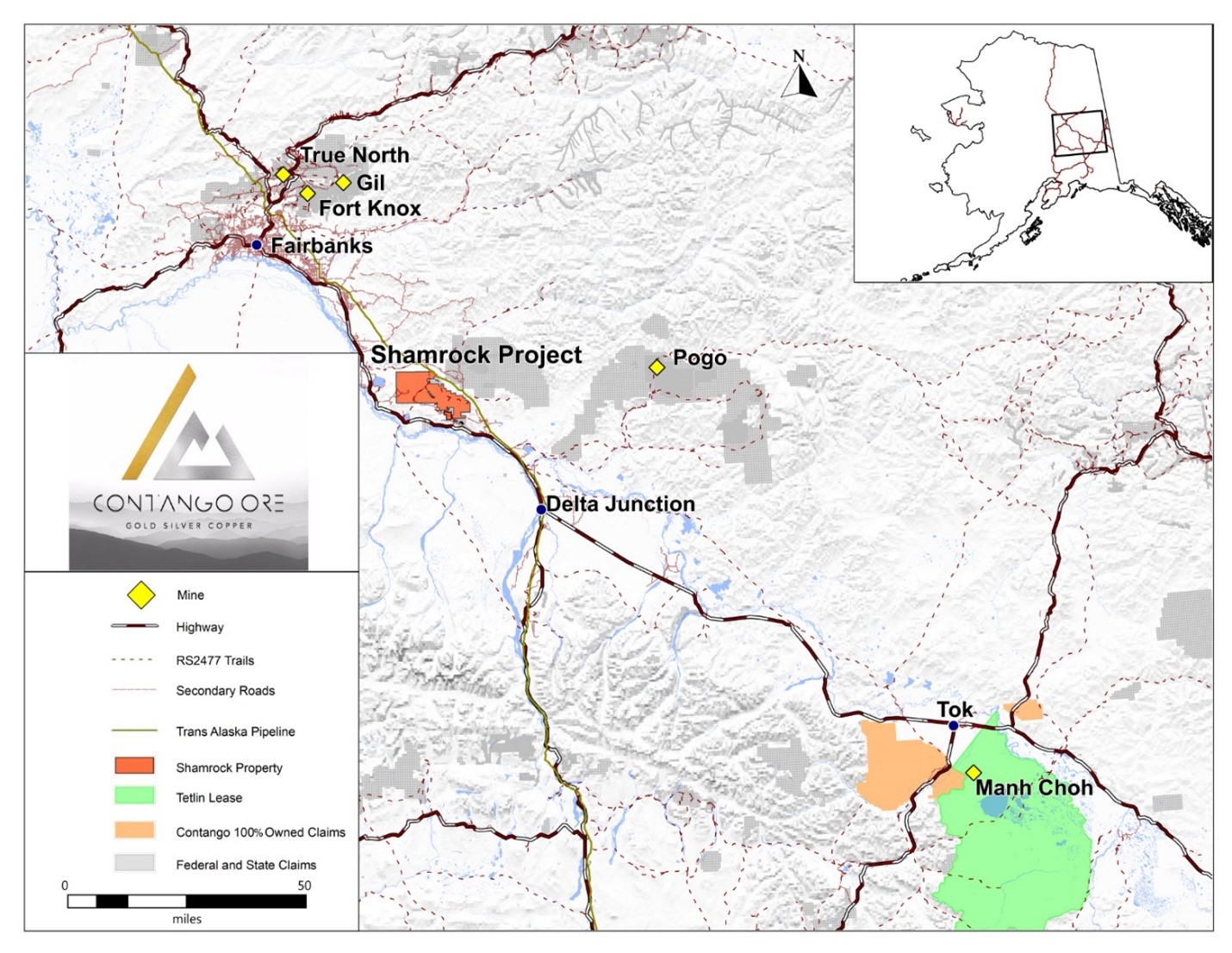 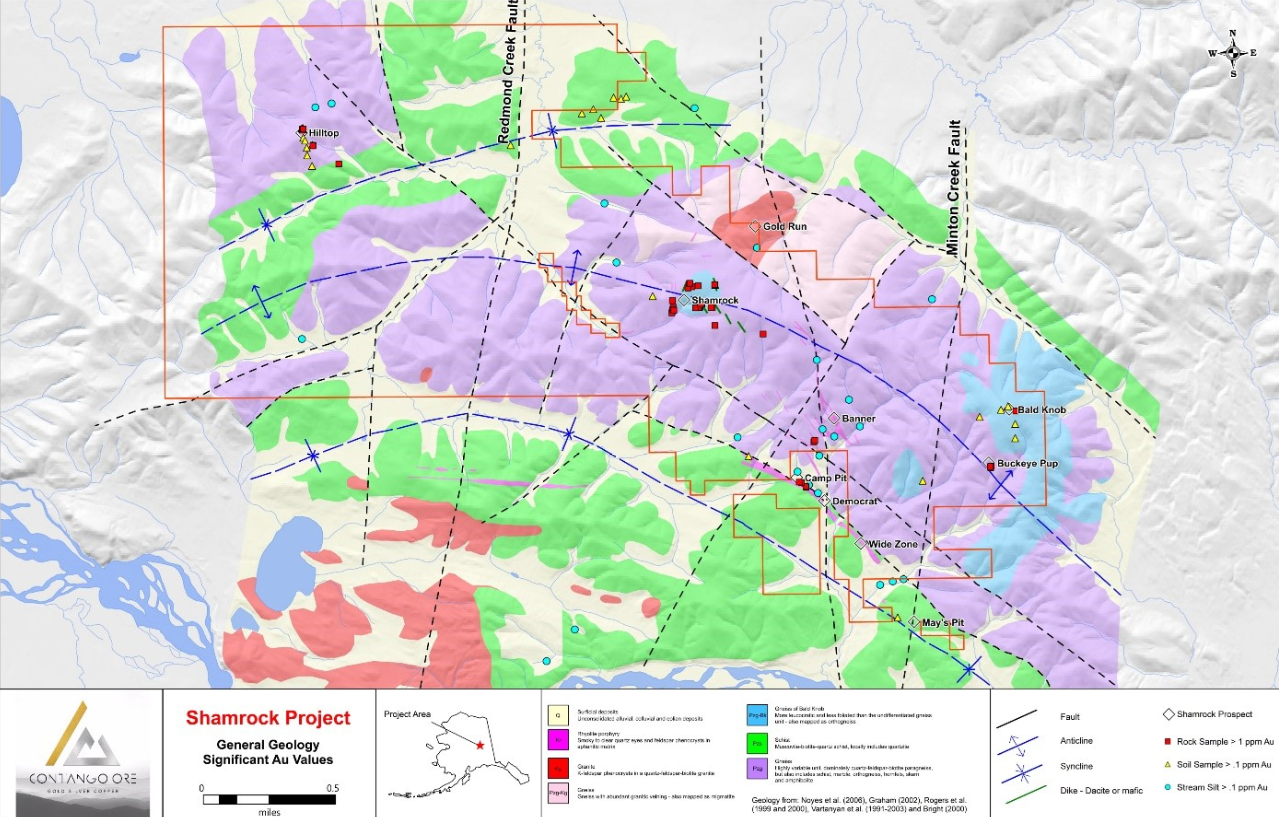 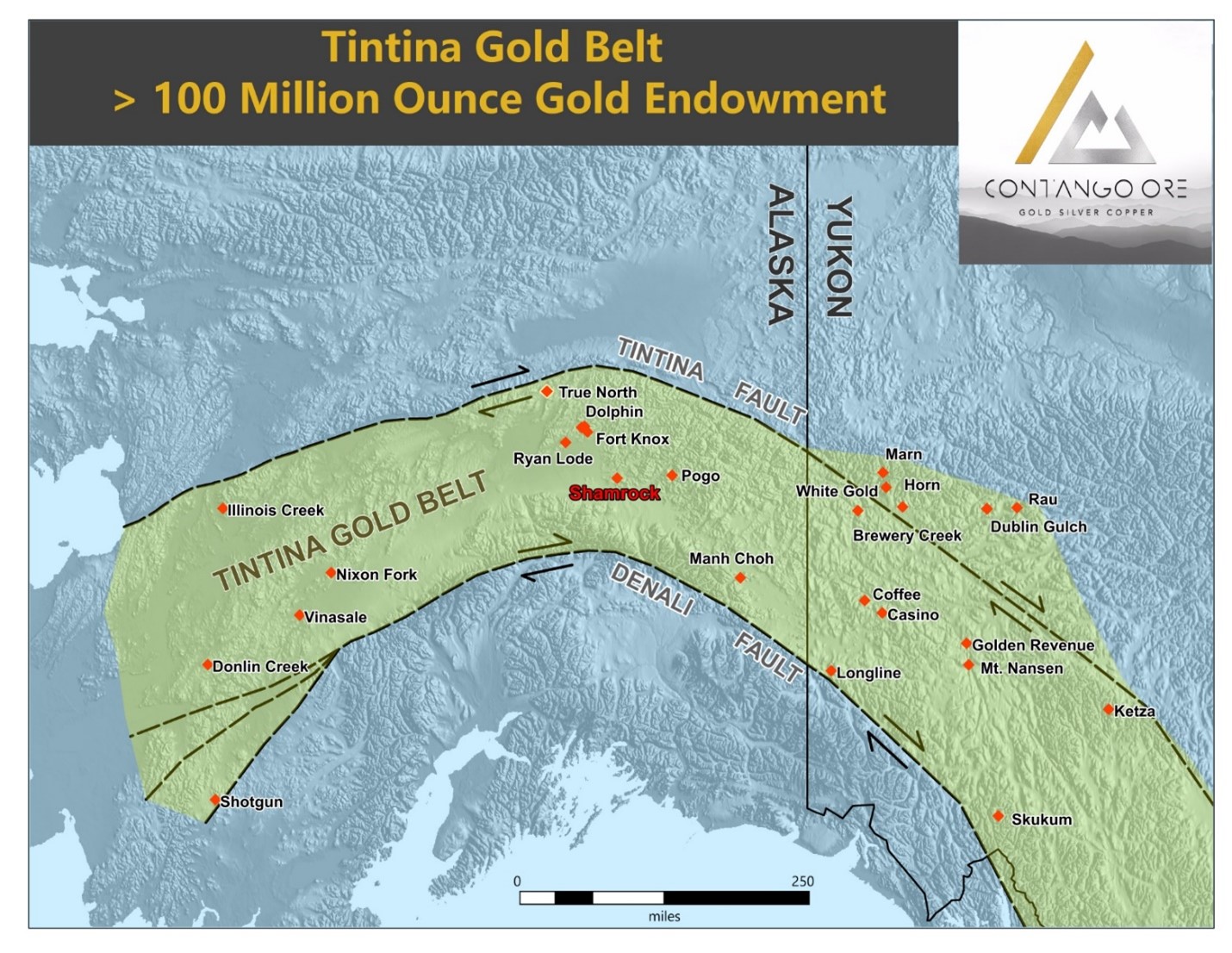 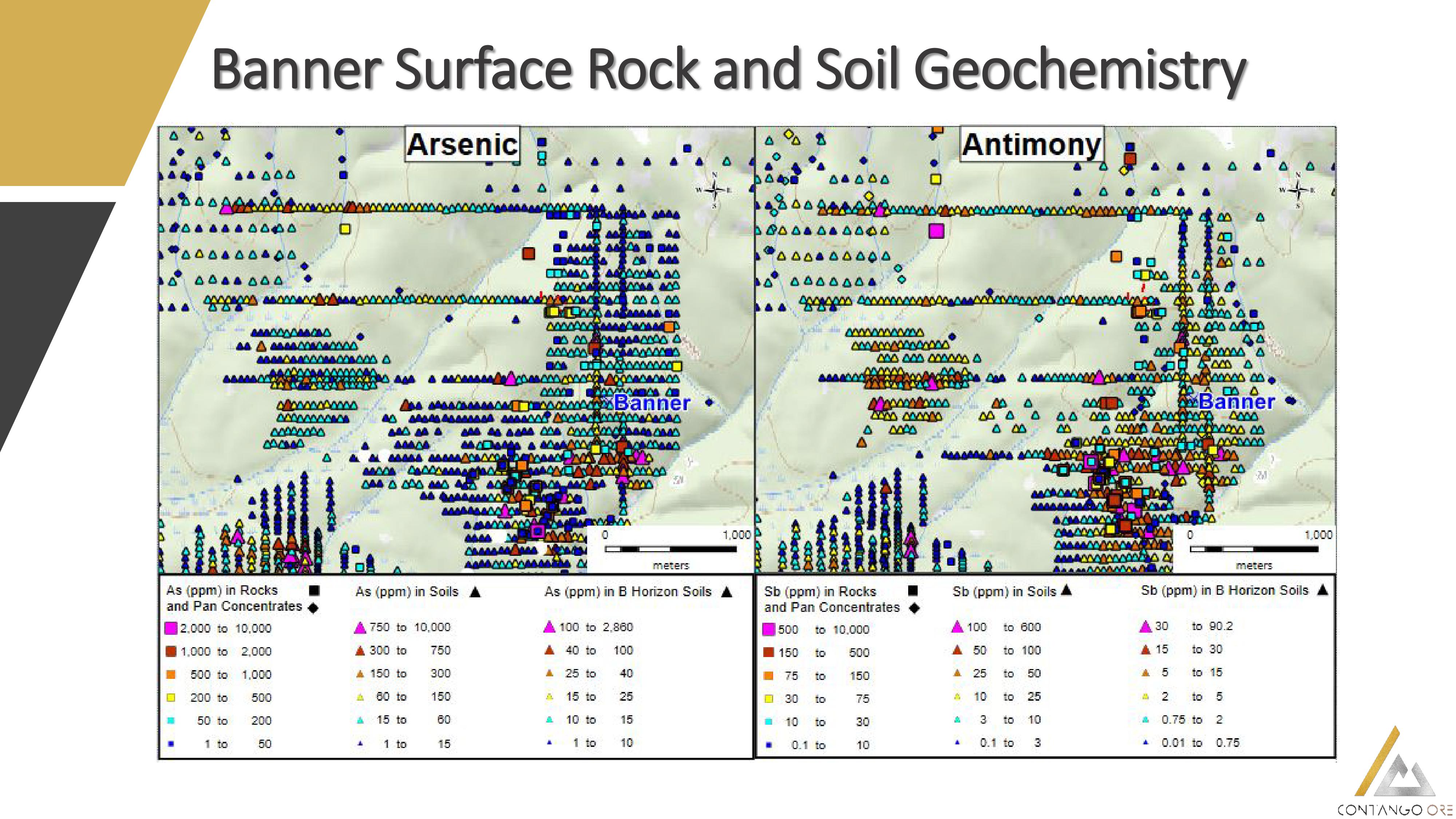 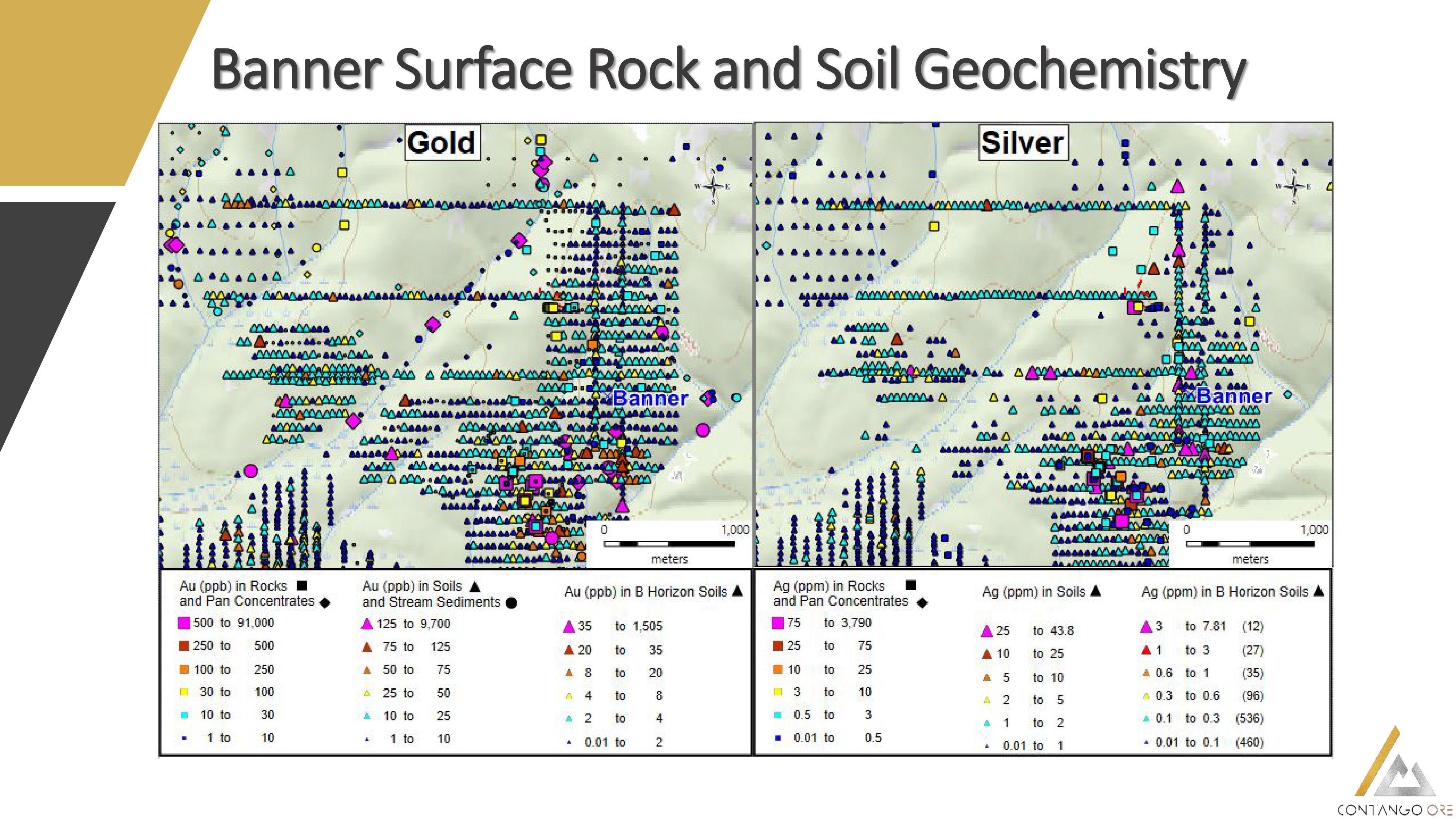 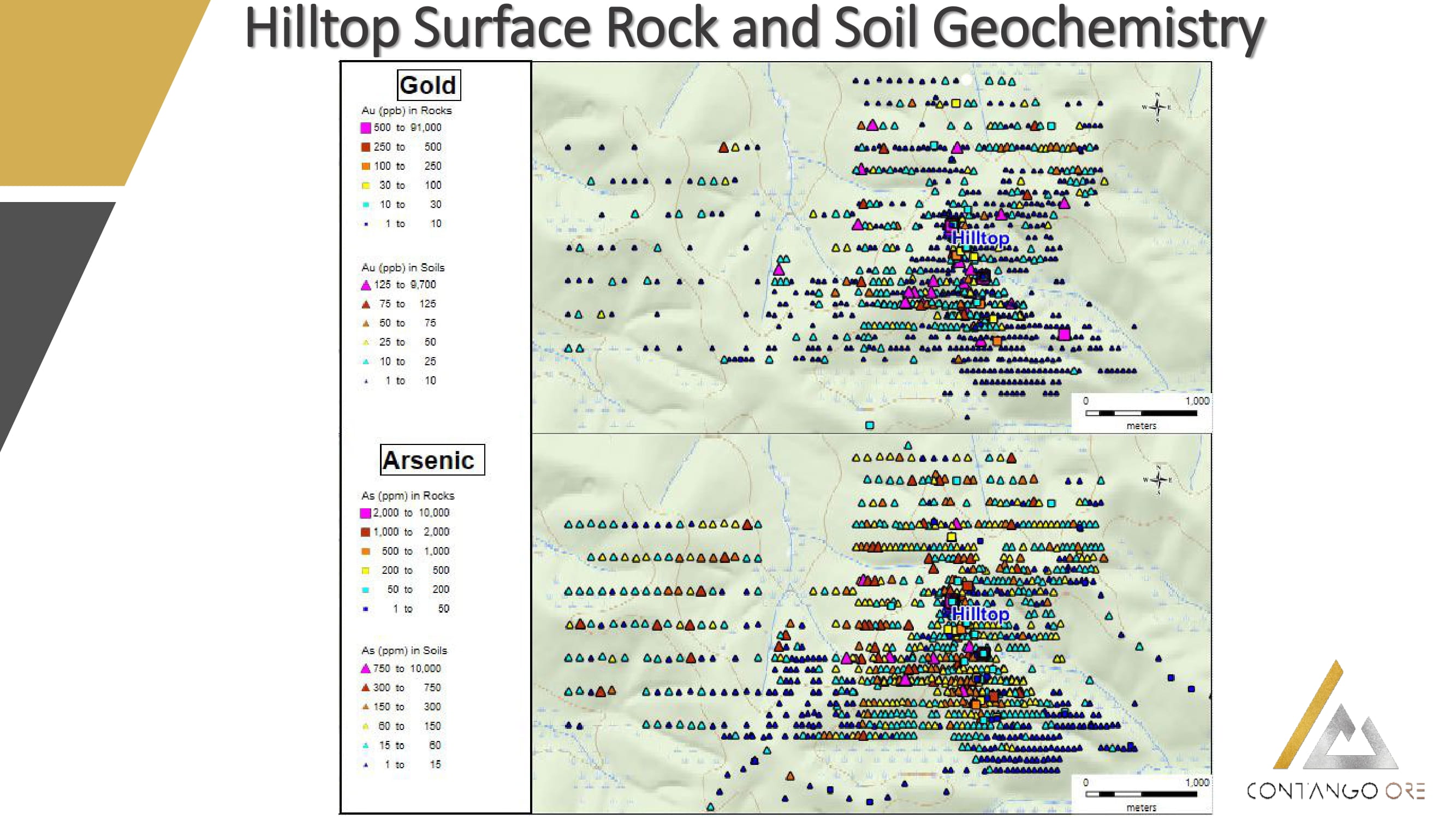 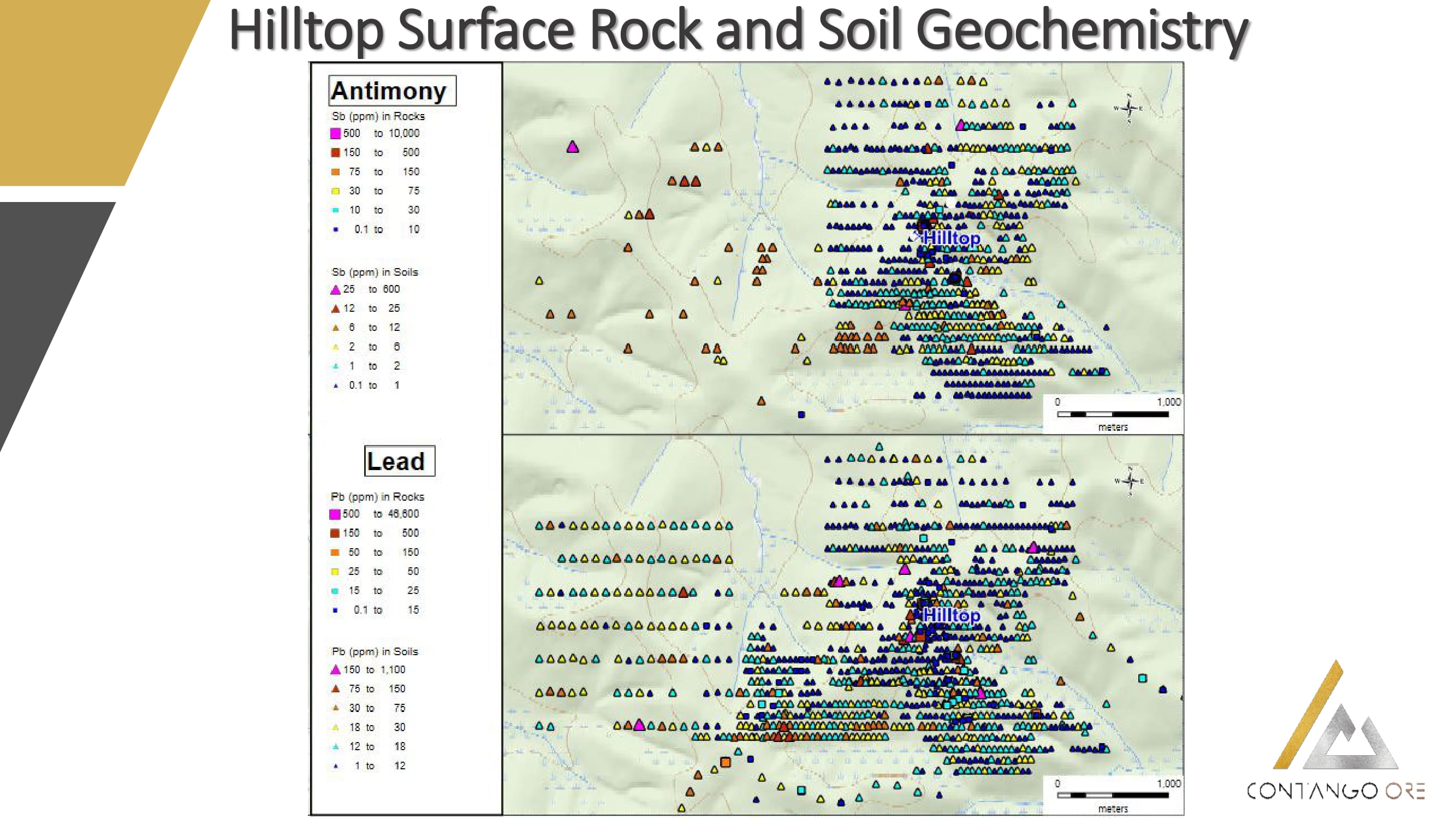 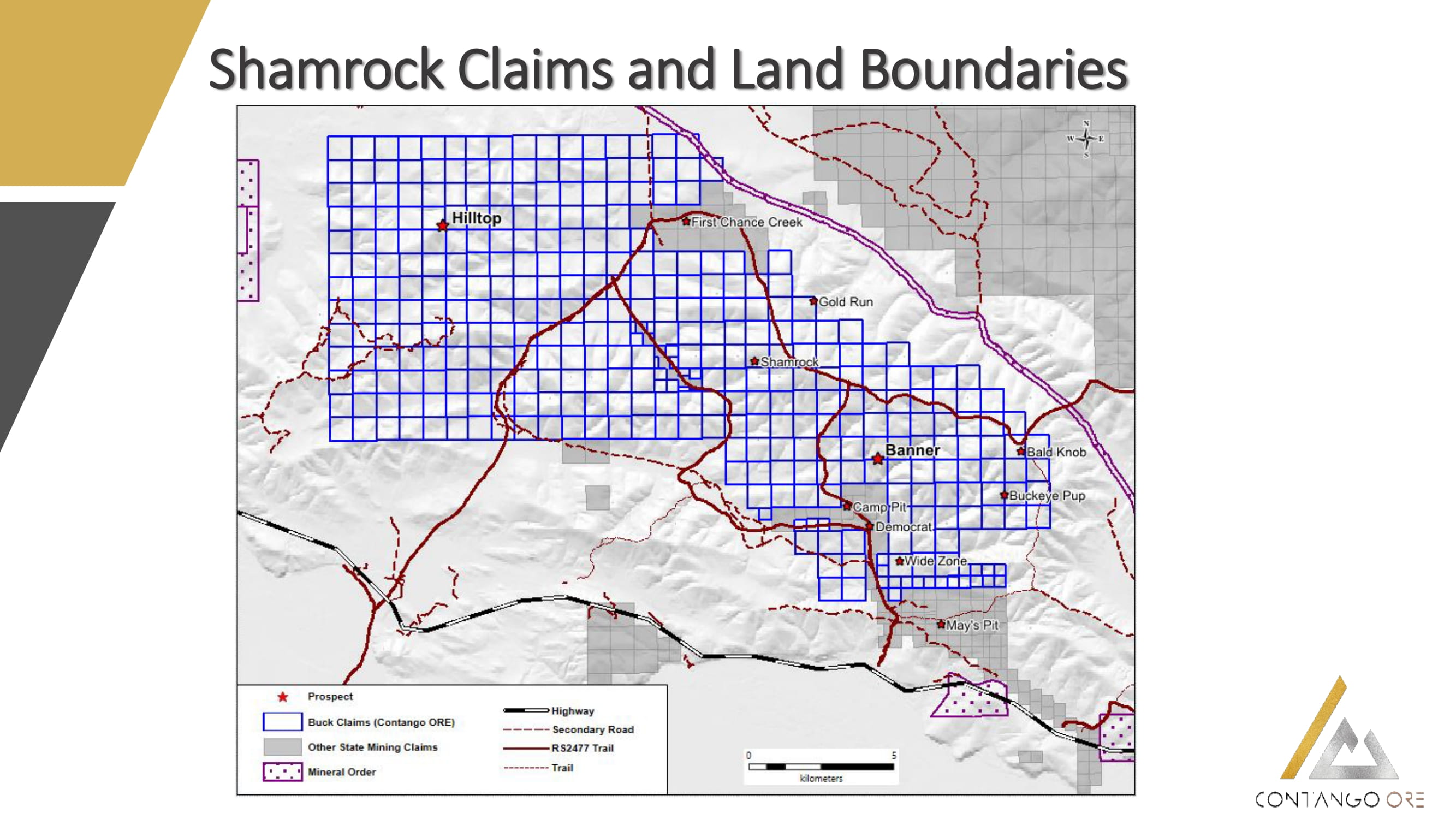