About the Lucky Shot Project

The Lucky Shot project consists of a mine site located 180 road kilometers (112 road miles) north of Anchorage, Alaska, and a processing site located about 48 road kilometers (30 road miles) west of the mine site (Figure 1).  Infrastructure is excellent with road access between the mine site and plant site via unsealed secondary road, sealed 2-lane highway, and the 4-lane Parks Highway connecting Anchorage and Fairbanks. 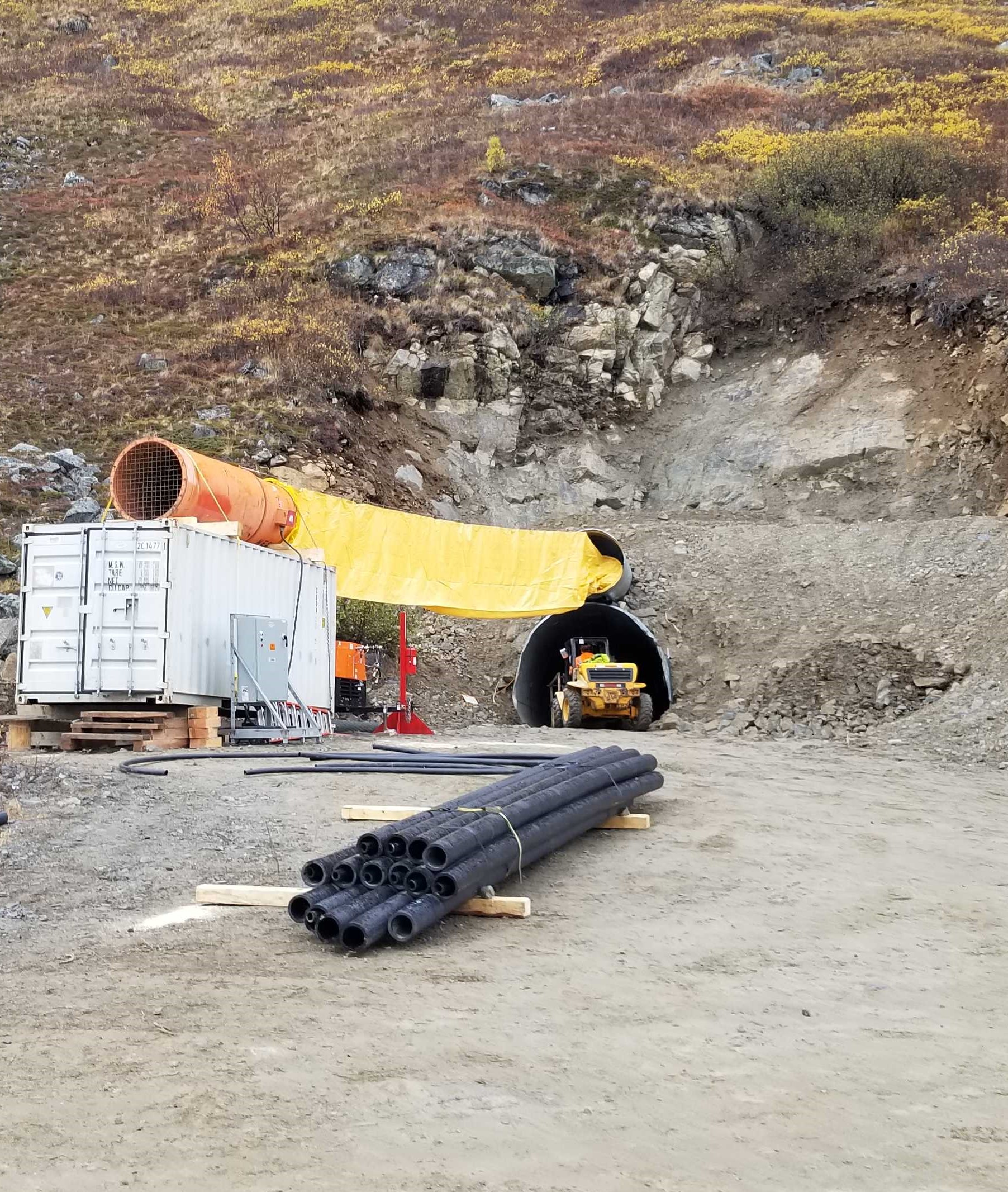 The Willow Creek Mining District is located in the southern Talkeetna Mountains of southcentral Alaska and covers an area of approximately 175 sq. km (68 sq. mi. – see Capps, S.R., 1915).  The mining district straddles the margin of a granodiorite batholith that forms the Talkeetna Mountains and is bounded on the south by the Castle Mountain fault system (see Figure 3).   Total gold production from the Willow Creek district through 1950 was reported to be 19 metric tonnes or approximately 610,874 troy ounces from ores ranging between 30 and 60 g/t (Harlan, et al., 2017) making it the third largest historic lode gold producing district in Alaska.  Production from the Lucky Shot was reported to have been 252,000 oz from 169,000 tons of free-milling ore indicating an average head grade of 1.5 oz/ton (1.6 oz/tonne) (Stoll, 1997), with additional production from the Coleman and War Baby mines.  The Lucky Shot vein system was determined to be continuous from the War Baby to the Coleman across the project area – approximately 1.6 kms (1 mile), with two high-angle faults structures segmenting the vein into three blocks (i.e., the Coleman block, Lucky Shot block and War Baby block).  A third fault structure further east was determined to separate the War Baby block from drilling that intersected the vein structure in what is known as the Murphy block – extending the known vein structure another 600 meters (~2000’) further east (see Figure 3). Between the Coleman and War Baby mines the vertical and lateral offset is a few meters up to tens of meters which allowed historic mining to continue across faults in a near-continuous manner. This similar magnitude of vertical and lateral displacement is defined as an oblique-slip fault and is typical of a transpressional structural environment.  District geologic mapping (Harlin et al., 2017 and several USGS Reports) show that the Castle Mountain fault is a major regional strike slip fault and that the Hatcher Pass Fault is a sympathetic fault that places a thick section of Cretaceous(?) schists up against a rigid body made up of the late Cretaceous Willow Creek batholith (see Figure 3).  The Company believes the contact environment between these two disparate lithologies is an ideal location for low angle, listric fault-controlled quartz vein hosted gold deposits (Groves, D. I. et al, 1997), characteristic of the Willow district.

[1] The historical production information presented here is based upon reports file by the prior owners and operators of the mines.  The Company has not undertaken any independent work to verify or confirm the previously reported information.

The three historic mines at the Coleman, Lucky Shot and War Baby properties are controlled by a continuous low angle, listric fault zone occupied by a series of quartz veins and sheared breccia zones from 1 meter wide up to several meters in width.  The veins are hosted by a granodiorite composition intrusive rock which is part of the Willow Creek batholith described earlier.  The quartz veins are central to a broader alteration zone that extends tens of meters adjacent to the veins and consists of sericite, chlorite, albite, leucoxene and ankerite/siderite.  The quartz veins contain native gold, pyrite, arsenopyrite, tetrahedrite-tennantite, sphalerite, galena, and various telluride minerals (coloradoite and nayagite have been identified – Lester, 2007).

After the mines were shut down in 1942 because of the World War II effort, little happened on the property until the 1980s when Enserch Exploration conducted an extensive exploration program which included soil sampling, drilling, and underground exploration.  Ensearch constructed a 457 m (1,500’) exploration adit below the Lucky Shot mine and drilled 11 underground core holes totaling 3,159 m (10,364’) and 7 surface core holes in the Coleman zone totaling 1,488m (4,881’) during the 1984 field season.  From 2005-2009 Full Metals Minerals drilled a total of 34,103 meters (111,887’) in 173 core holes from surface along the Coleman-Lucky Shot-War Baby-Murphy trend. In 2016 Gold Torrent Inc. published a pre-feasibility report by Hardrock Consulting LLC based on an assessment of all historic work completed on the property (see Hard Rock Consulting PFS Report June 24, 2016).  Figure 4 is a Table of selected drill hole results that demonstrate the exploration potential of the down-dip exploration potential along the 1.6 km (1 mile) Coleman-Lucky Shot-War Baby-Murphy trend (see Hard Rock Consulting PFS Report June 24, 2016).

[1] The historical production information presented here is based upon reports file by the prior owners and operators of the mines.  The Company has not undertaken any independent work to verify or confirm the previously reported information.

Contango plans to re-establish access to drill the down-dip extension of the Lucky Shot and Coleman mines.  The Company plans to either initiate construction of a road from the existing mine access road to the Lucky Shot tunnel entrance (approximately one quarter mile/400 meters) or extend the Ensearch tunnel to access the same target area from underground.  Once access has been established, the Company plans to refurbish the old underground workings, where the granodiorite host rock generally needs little support.  The Company plans to then embark on a 3-Phase Exploration plan (see Figure 5).  Phase 1 is expected to include 600 meters (~2,000’) of new 3mx4m (10’x12’) drift parallel to the vein.  This will allow the Company to establish underground drill stations which can be used to conduct a detailed fan drilling program infilling mineralized vein that has already been identified by previous drilling by previous operators.  The Company estimates that 2,400 meters (~7,800’) of diamond drilling will be necessary to define qualified resources that meet Securities and Exchange Commission standards for disclosure.  The area targeted for drilling measures approximately 600 meters by 250 meters. In Phase 2, the Company anticipates a further extension of the Lucky Shot target area and a second crosscut put in above the vein to continue to drill the vein further down dip.  In Phase 3, the Company envisions extending the Ensearch tunnel (located approximately 500’ (~150 meters) below the Lucky Shot adit level and then extending the Ensearch tunnel to both the Lucky Shot and Coleman areas to provide access for future mine development of the entire Coleman-Lucky Shot portion of the vein system.  These plans are preliminary in nature and subject to modification as the Company gathers additional information. 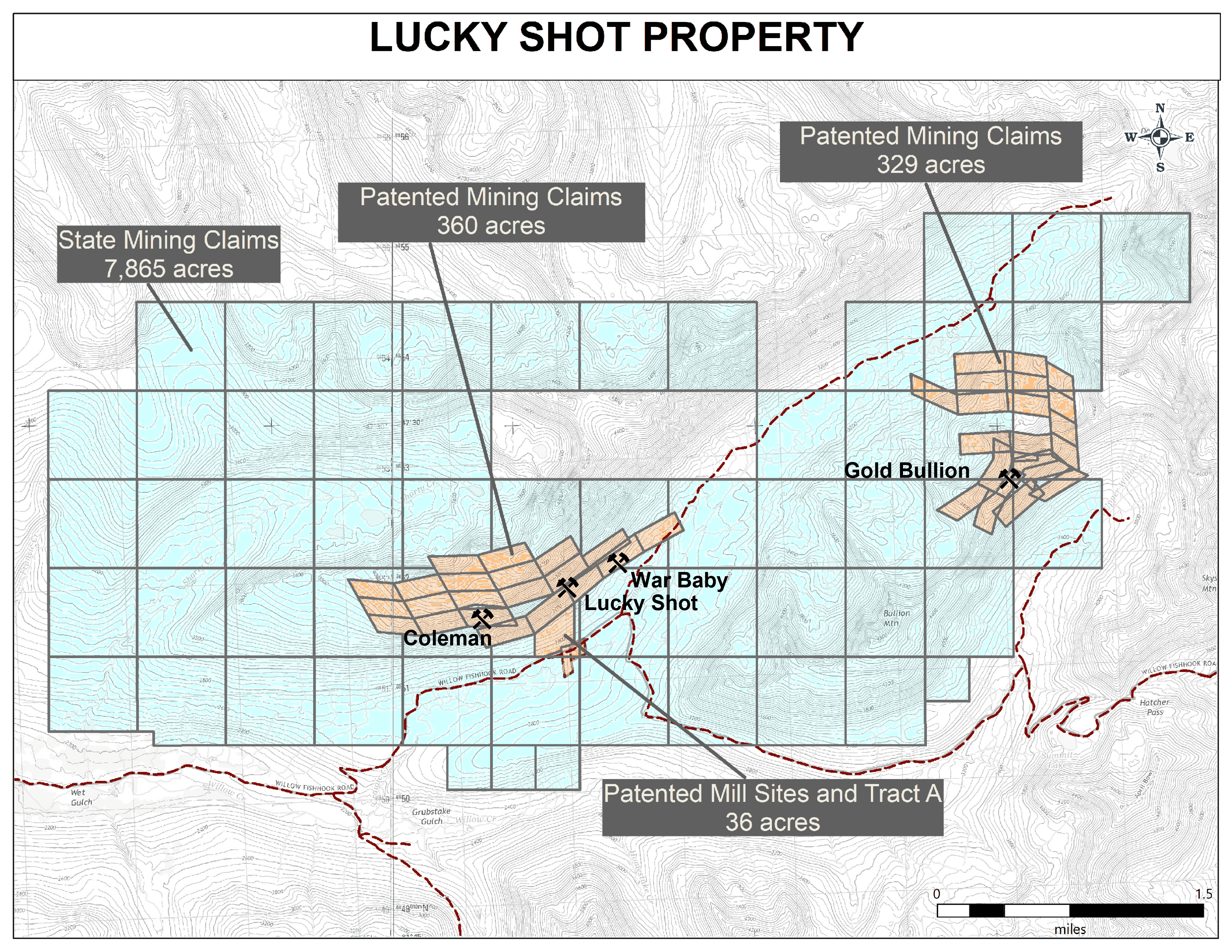 Aerial view of the Lucky Shot property and known deposits 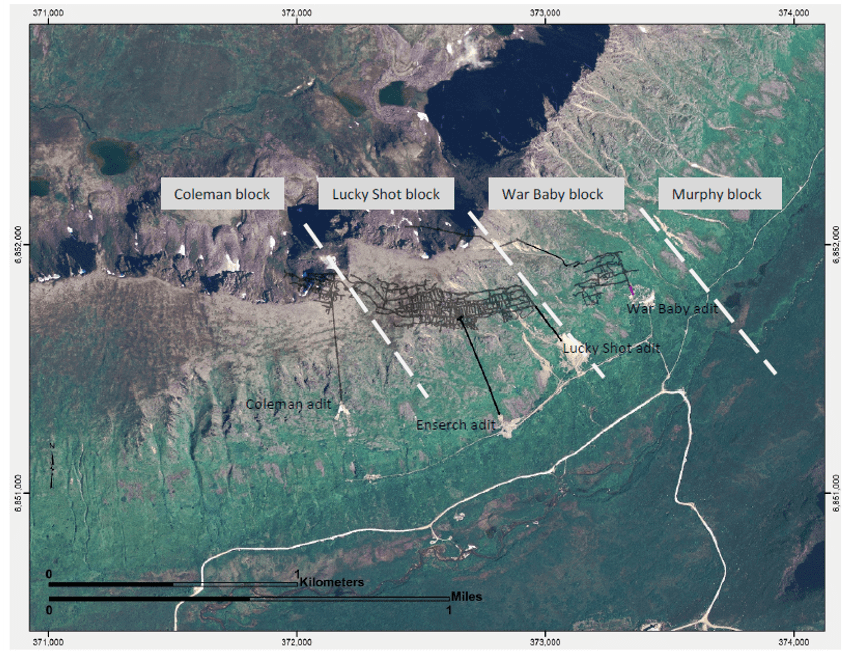 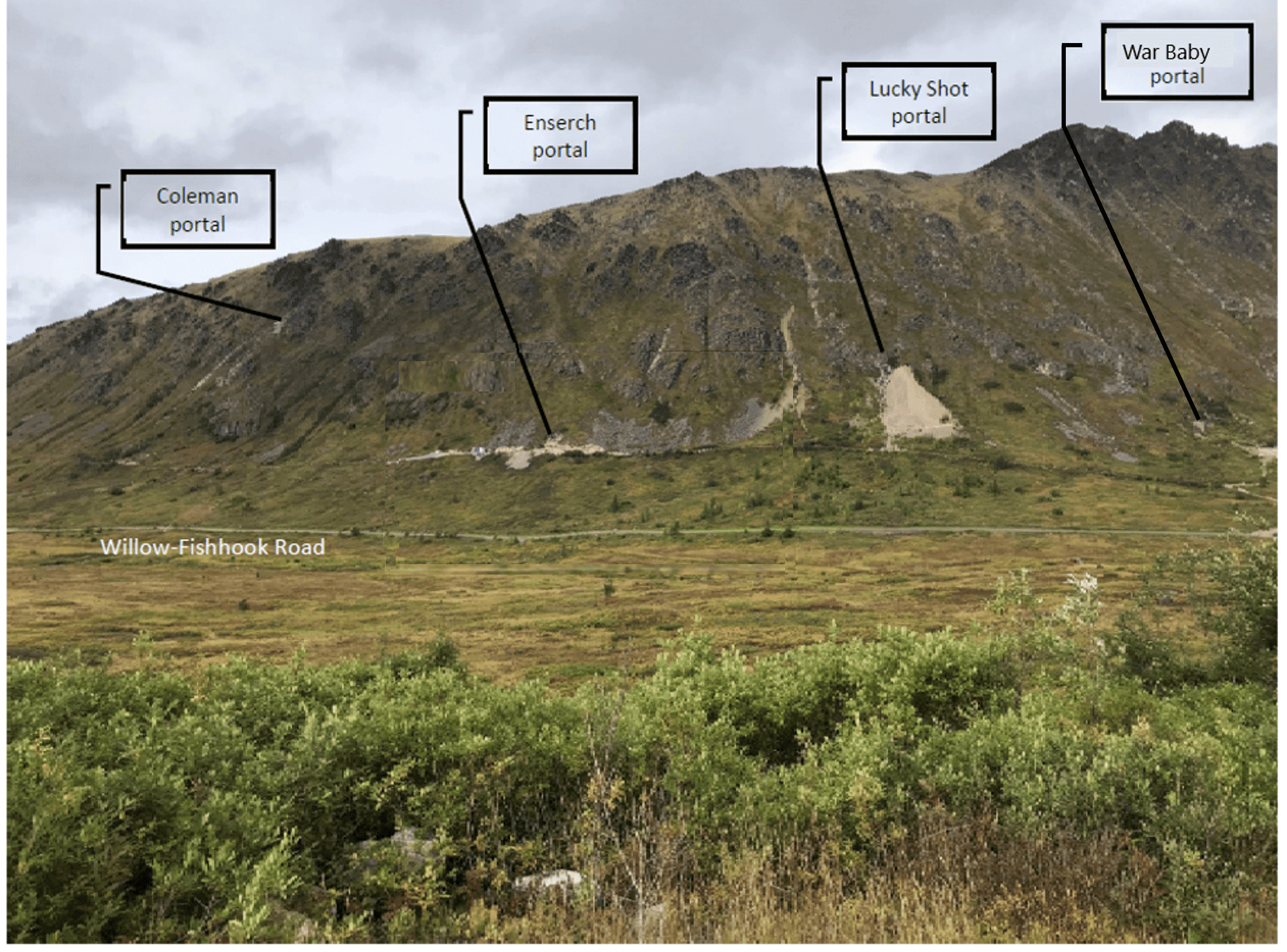 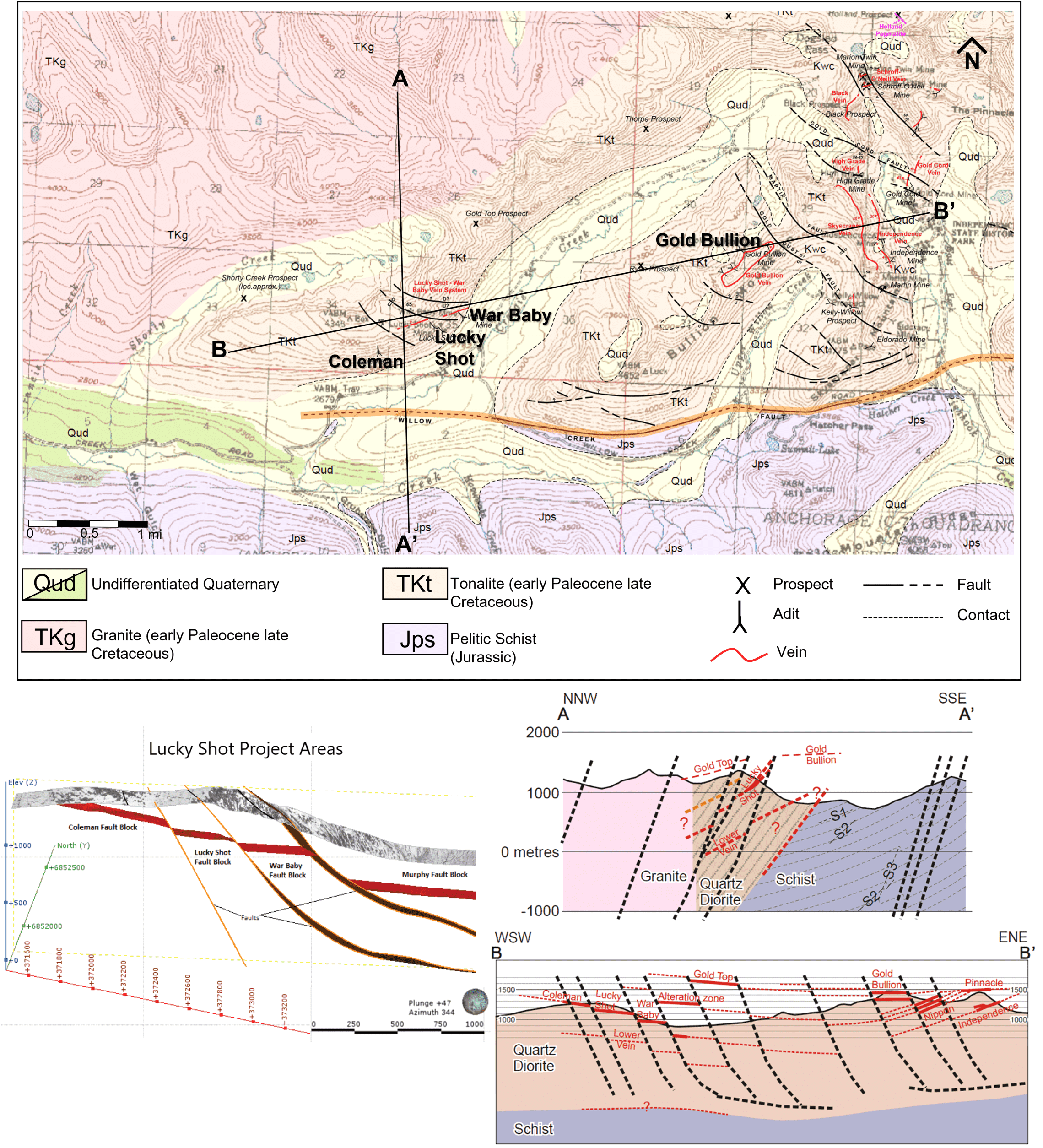 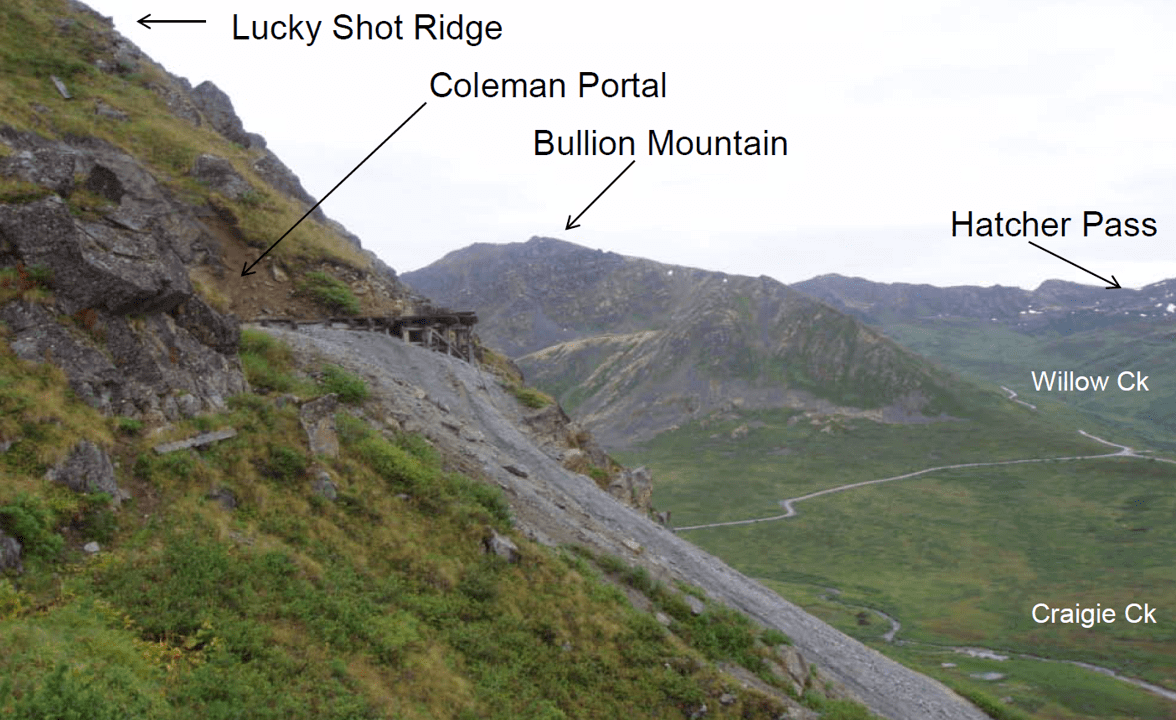 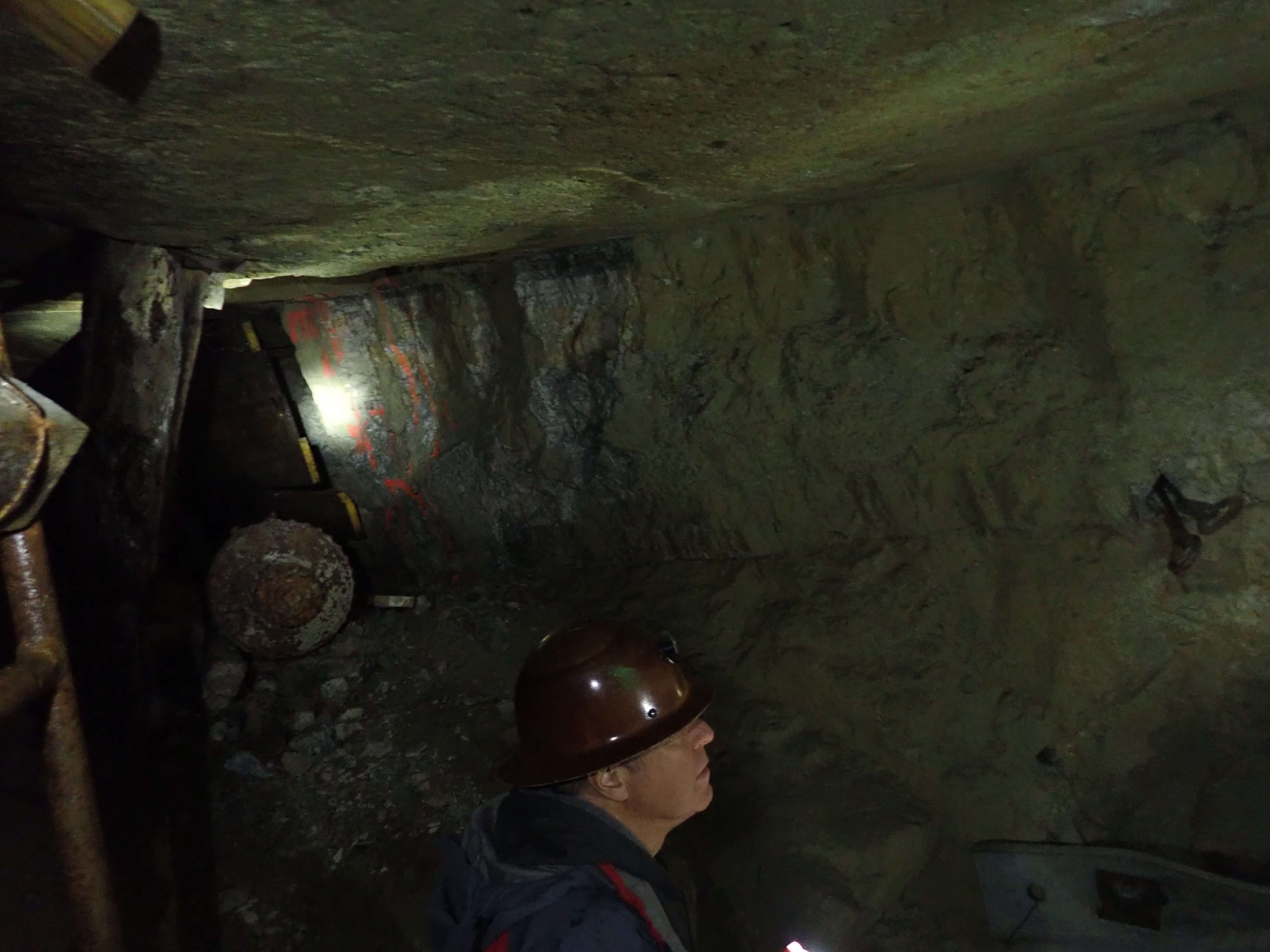 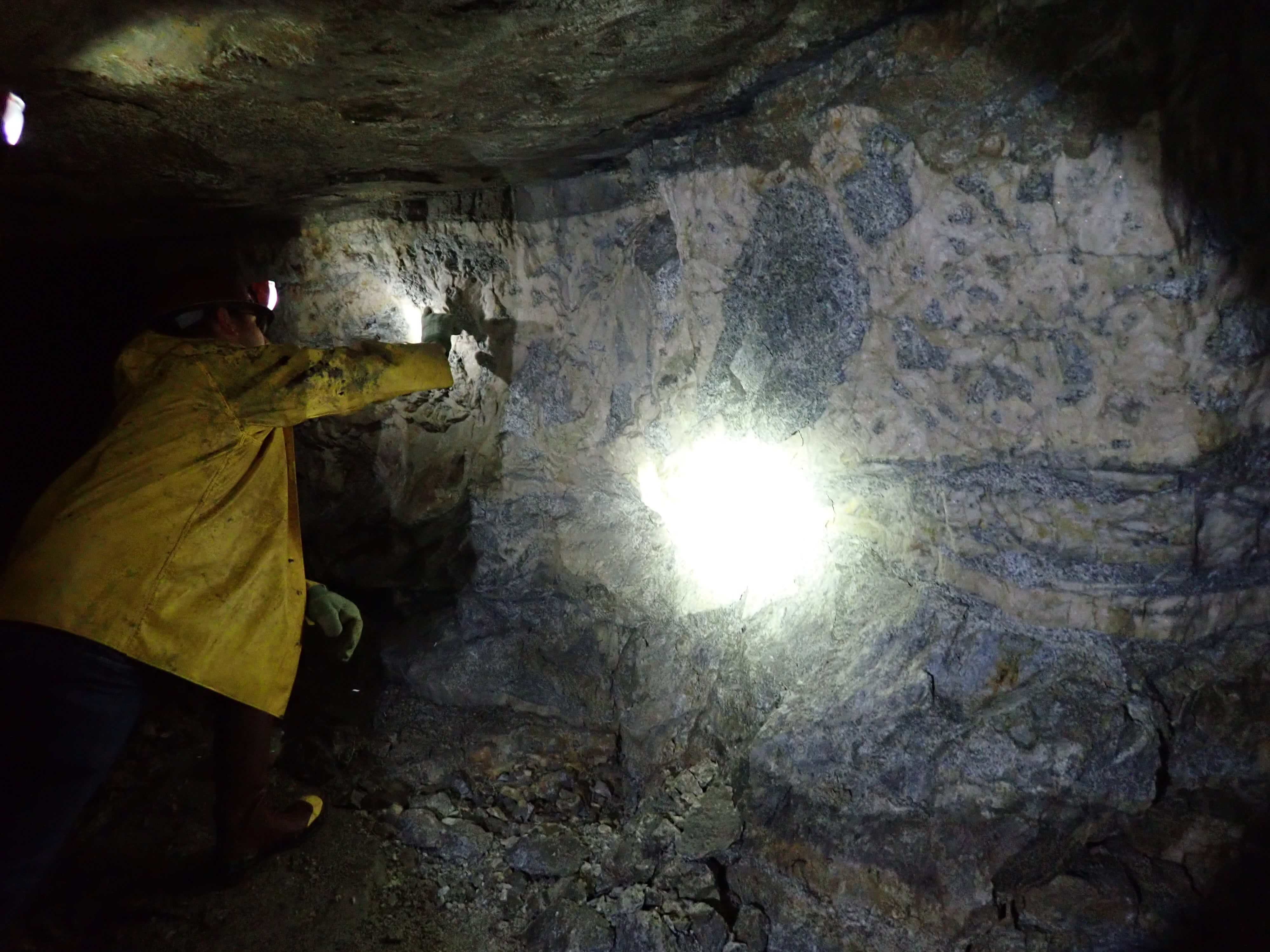 Coleman vein exposed in the rib 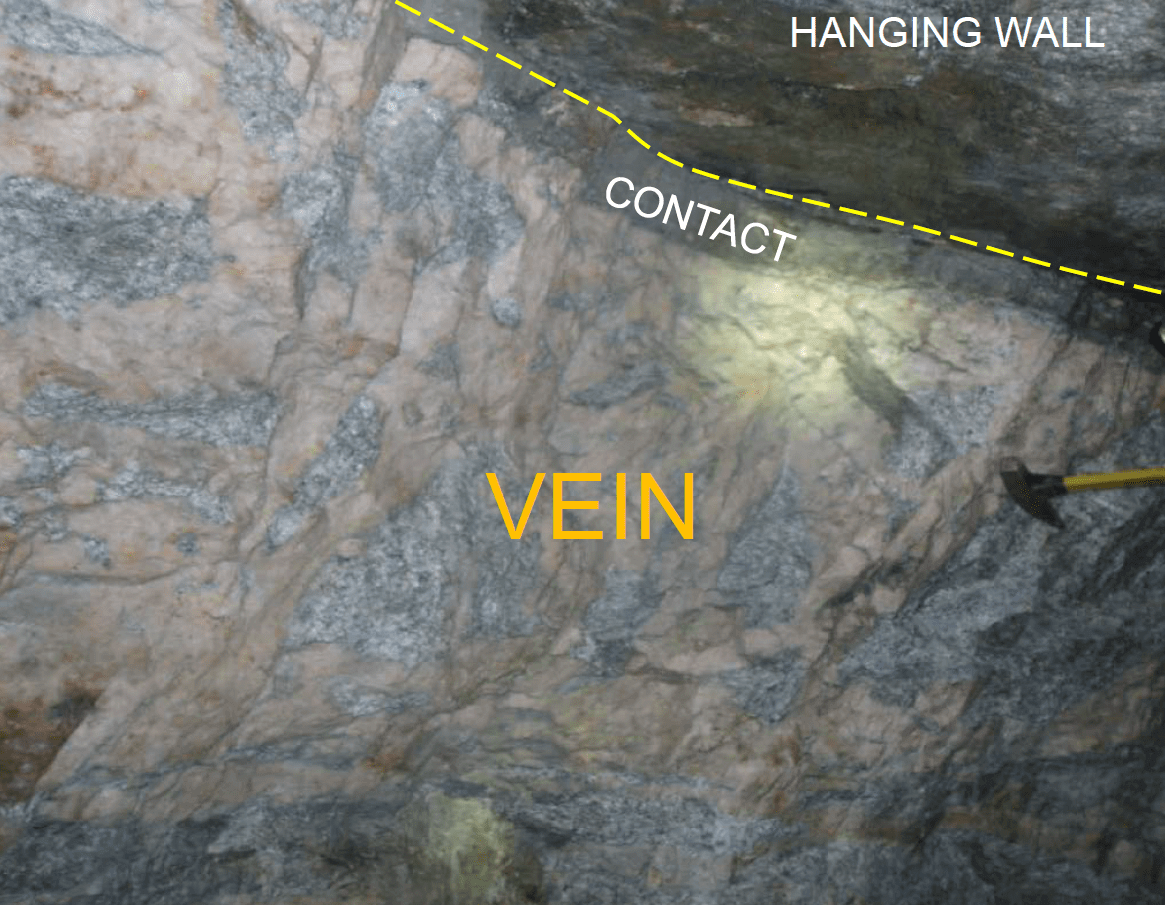 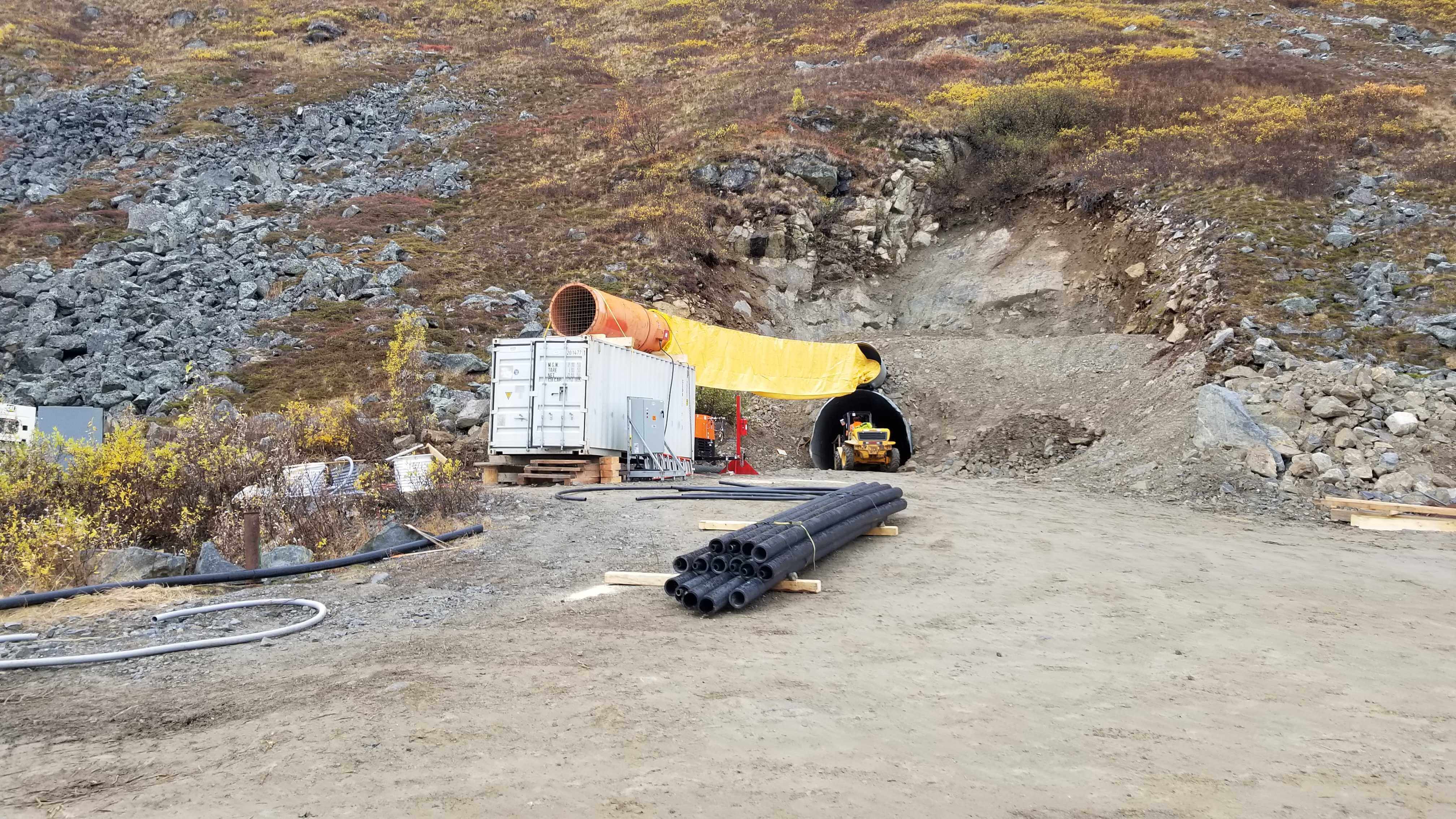 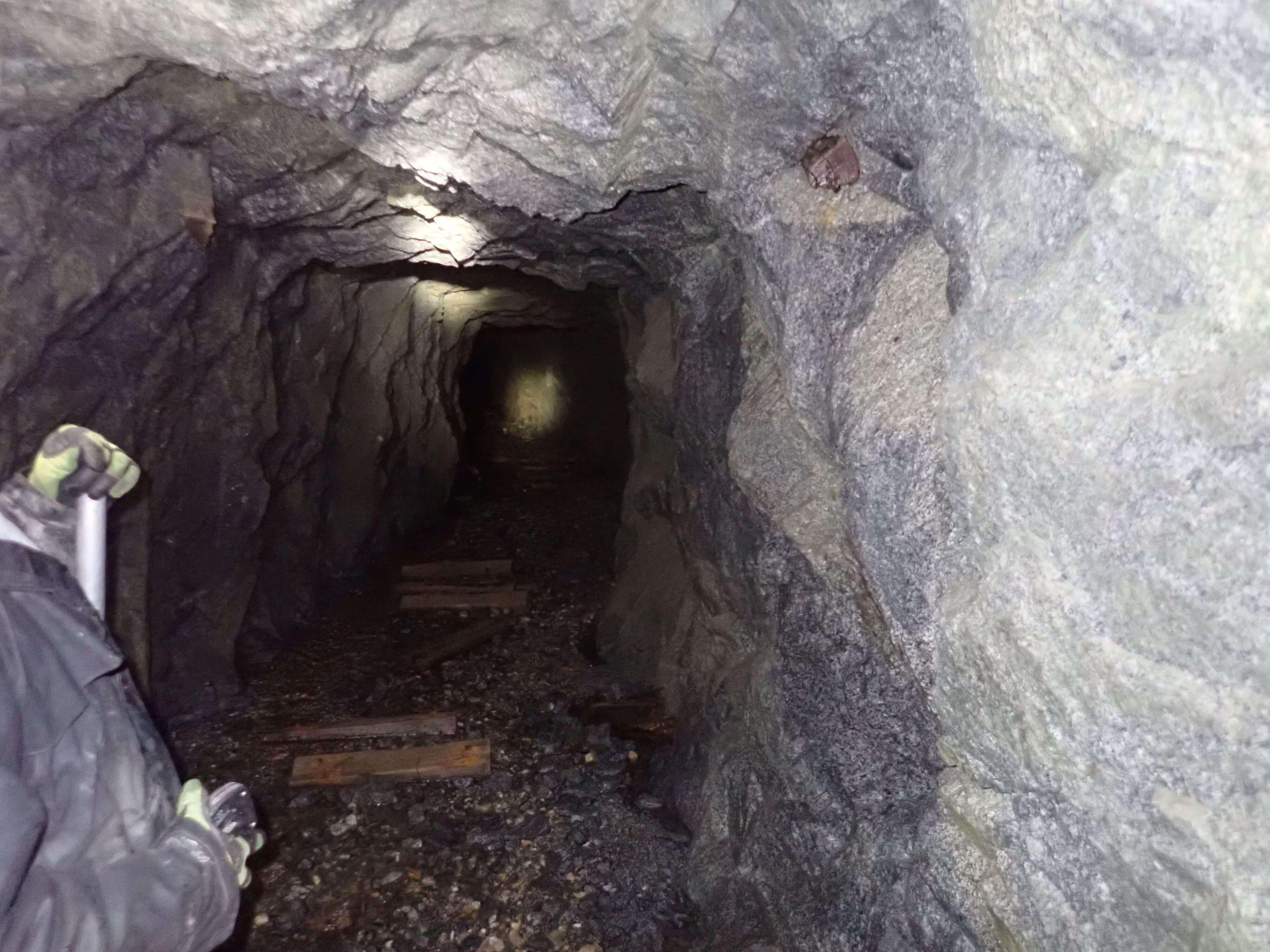 Lucky Shot tunnel at the 500 level in quartz diorite/tonalite 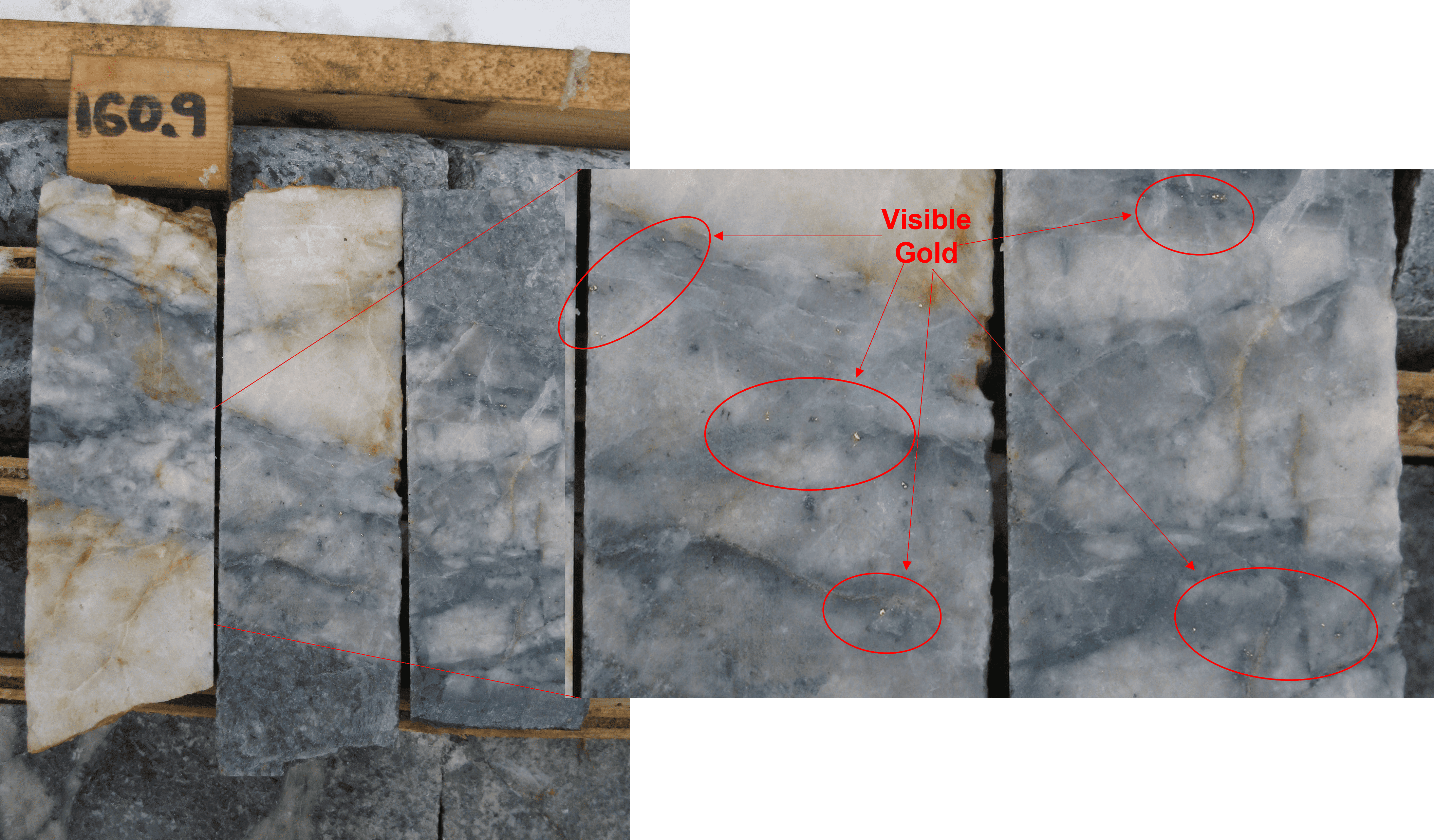 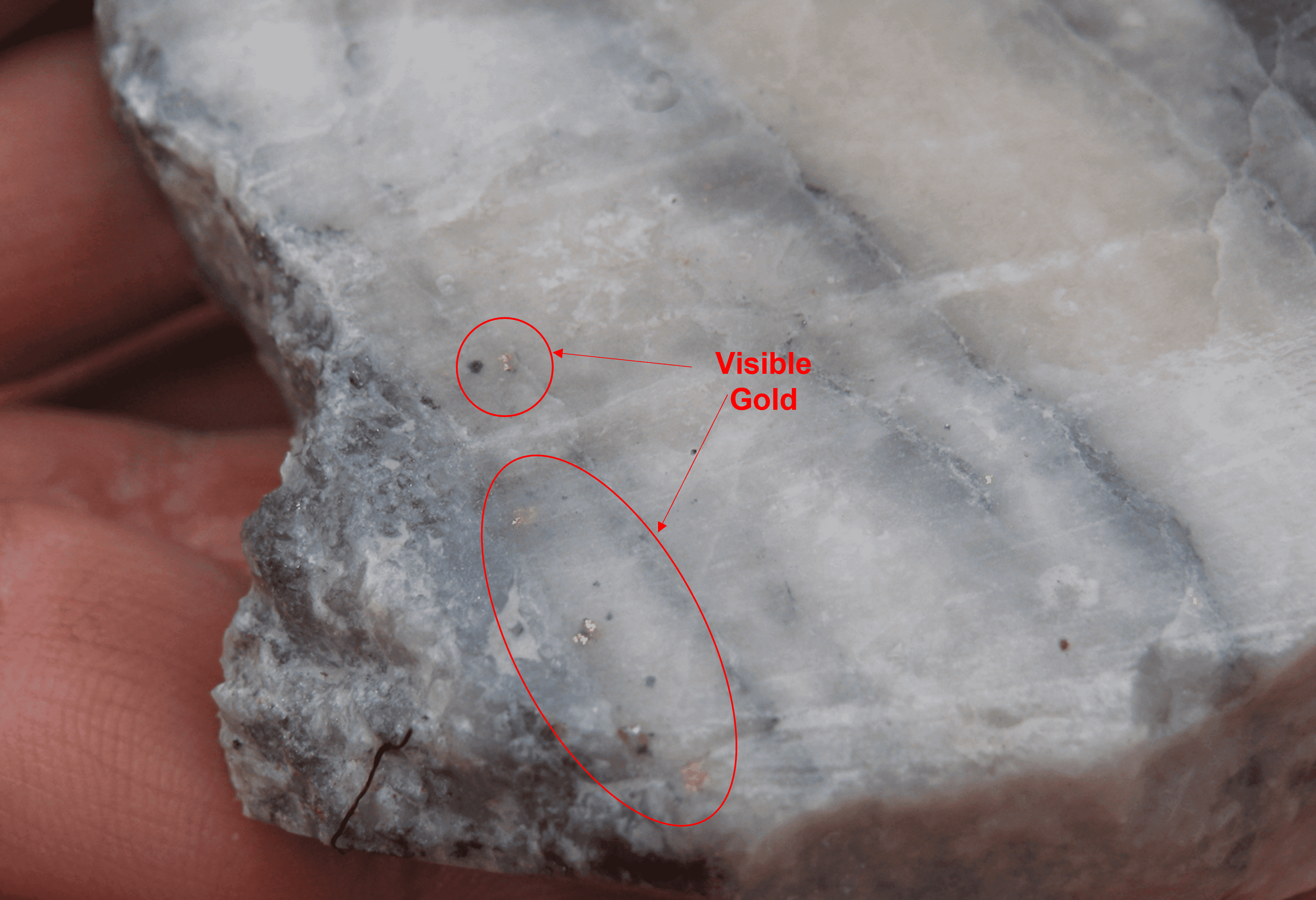 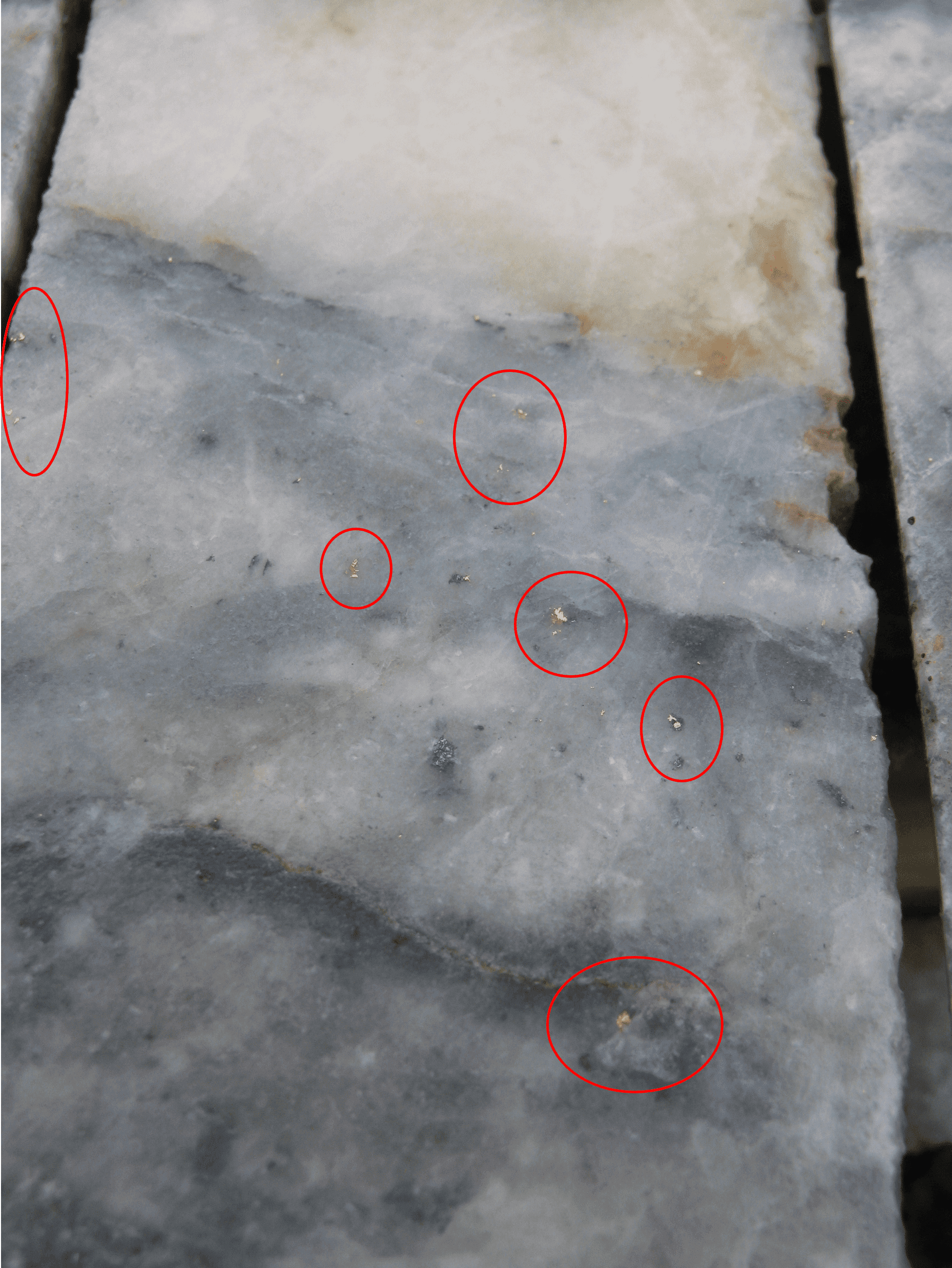 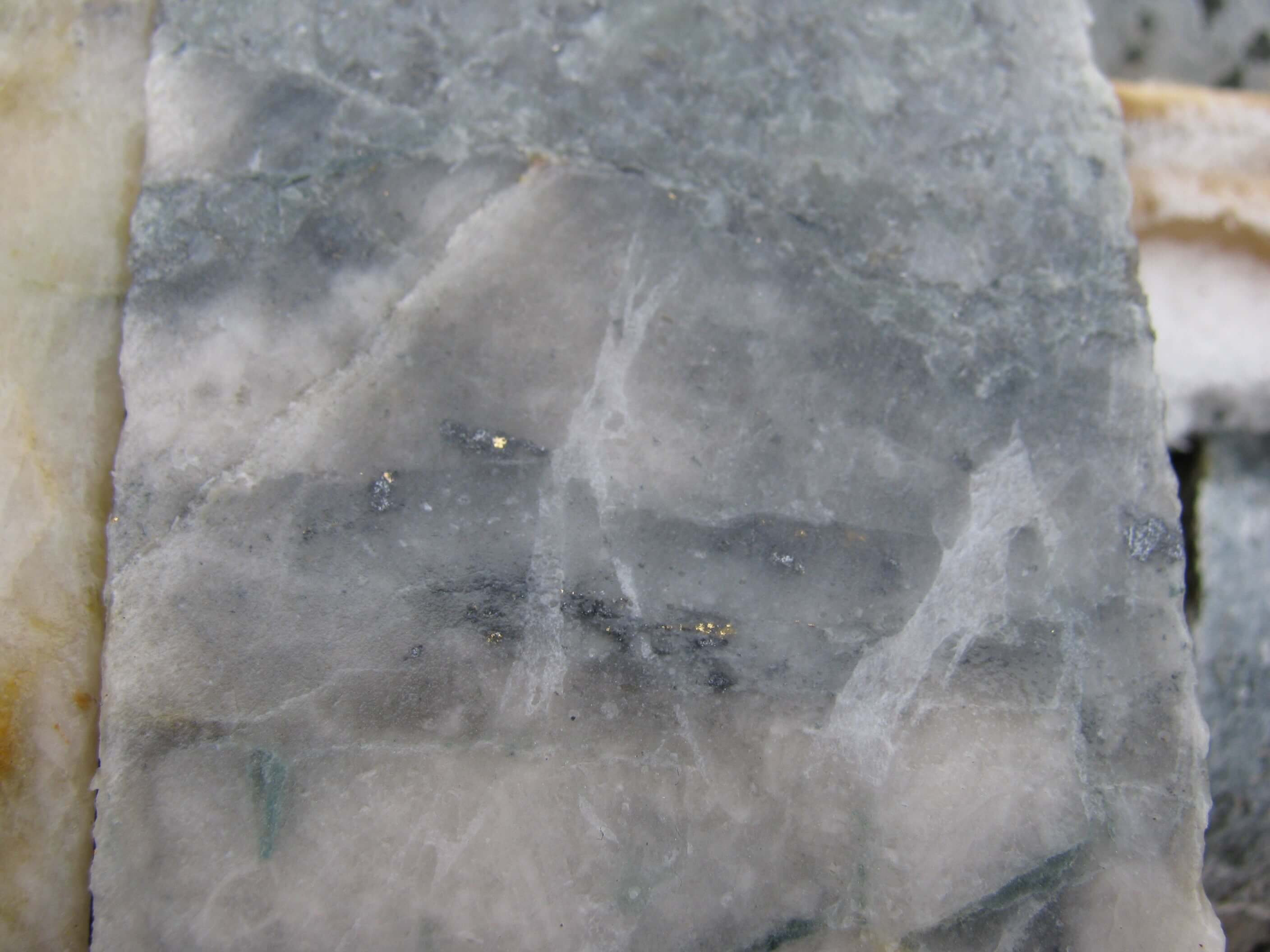 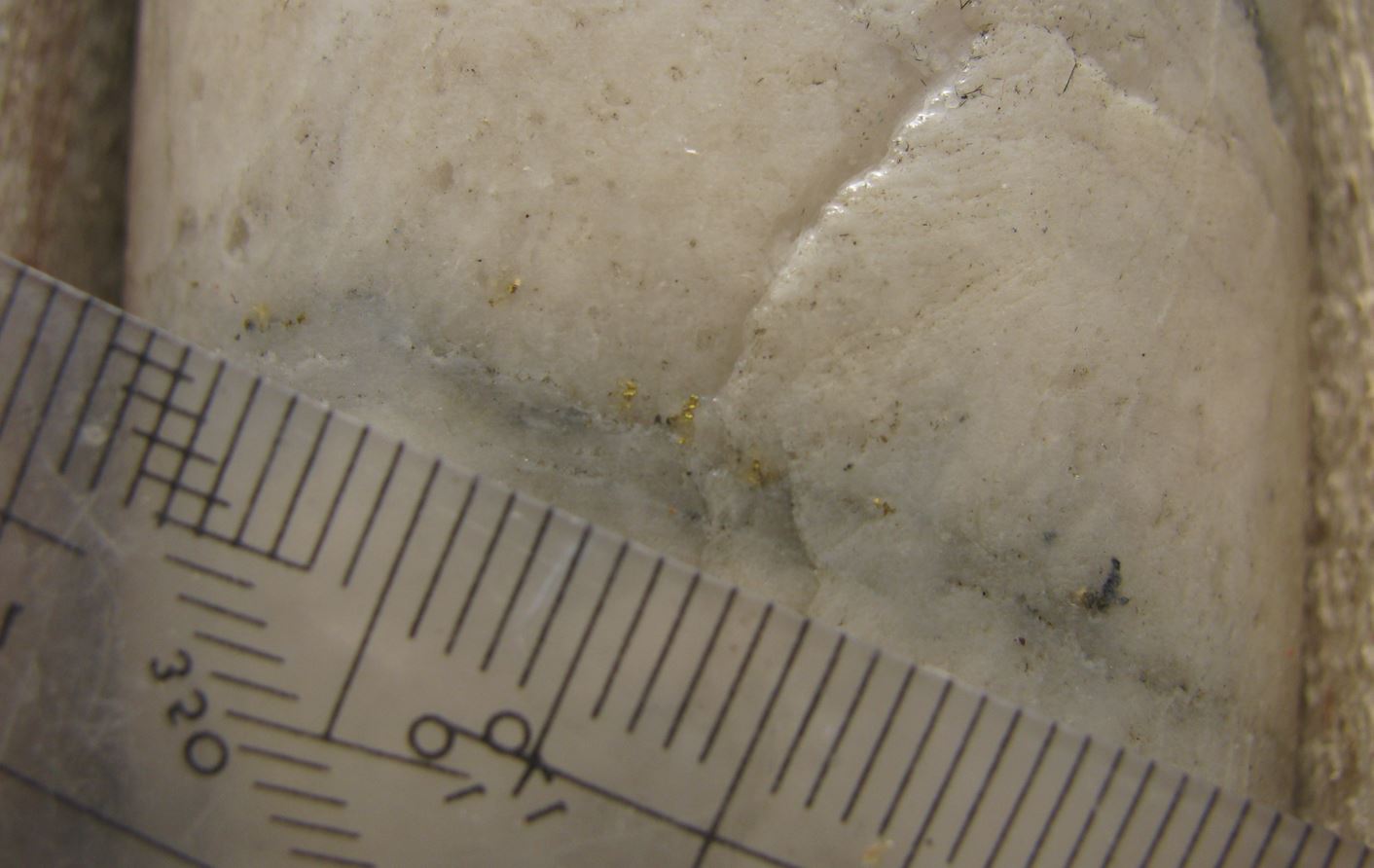 Visible gold along a fracture in quartz vein 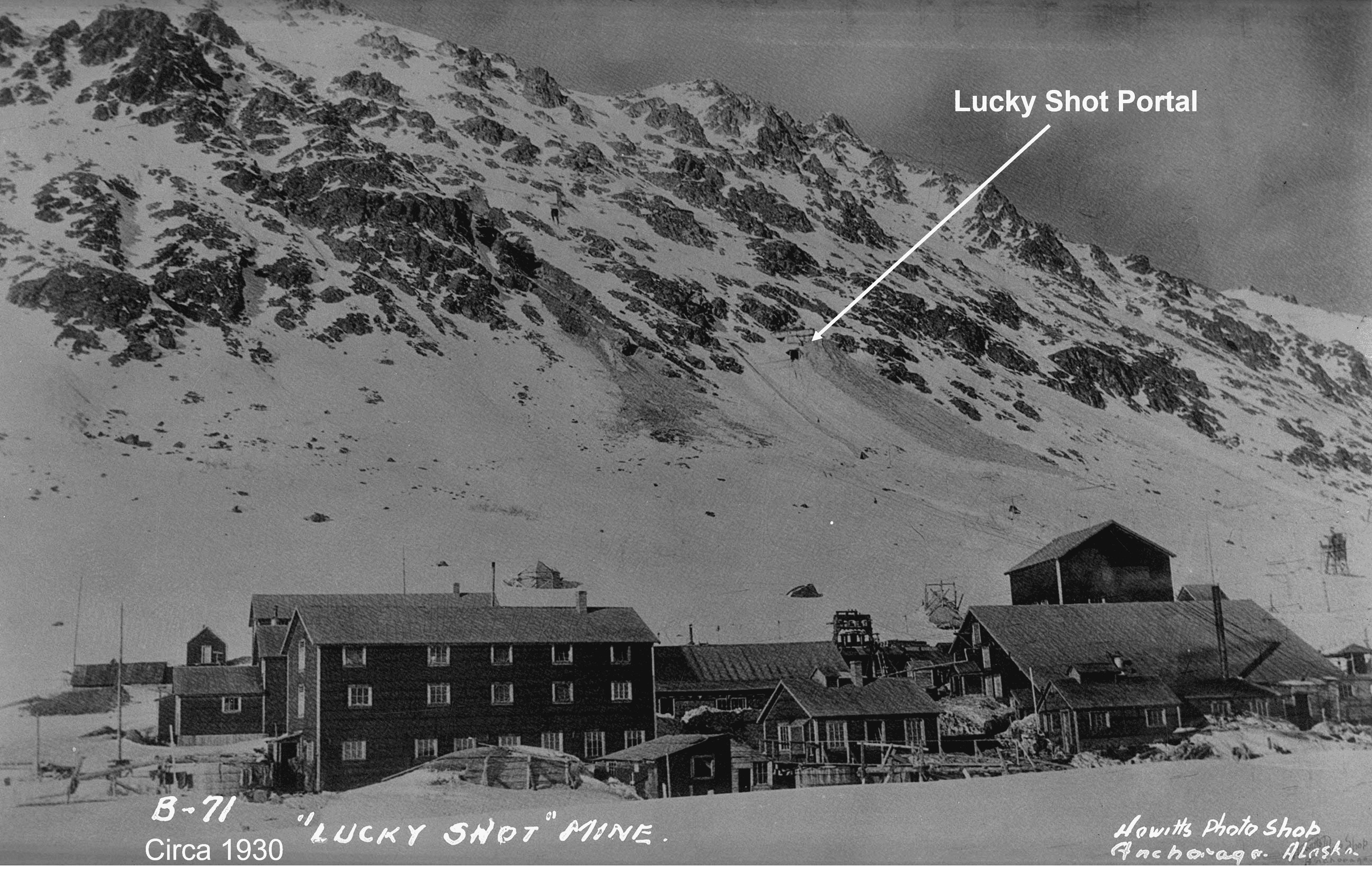 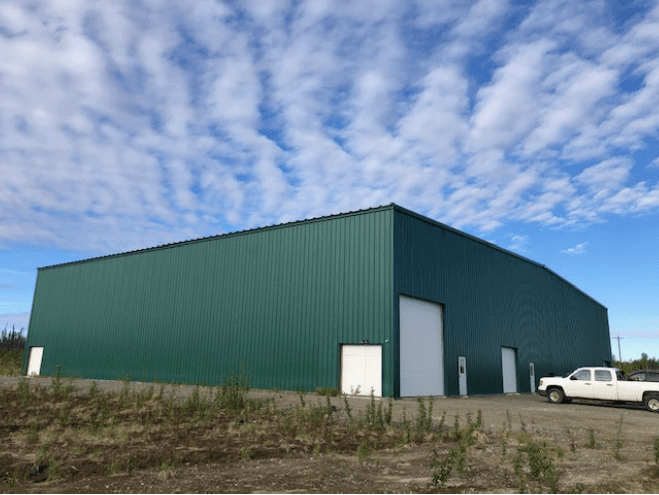 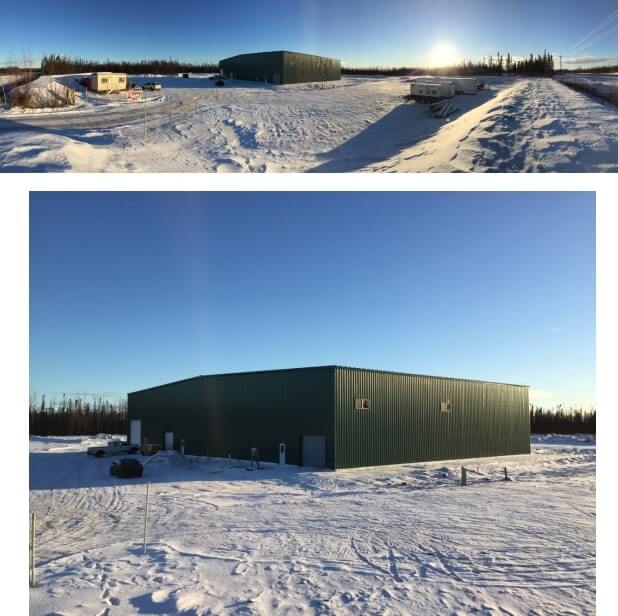 Mill building in winter located along the Alaska Highway 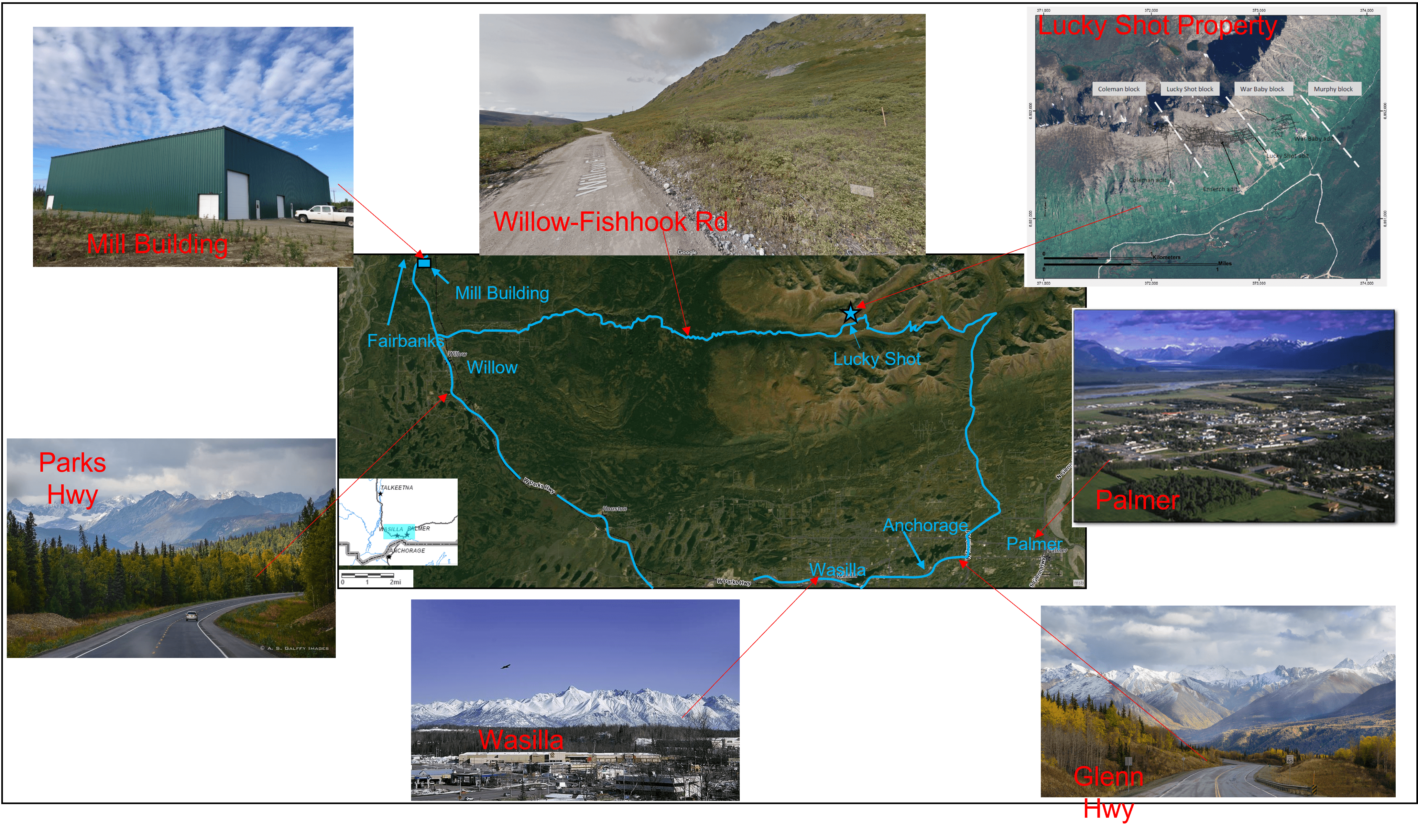 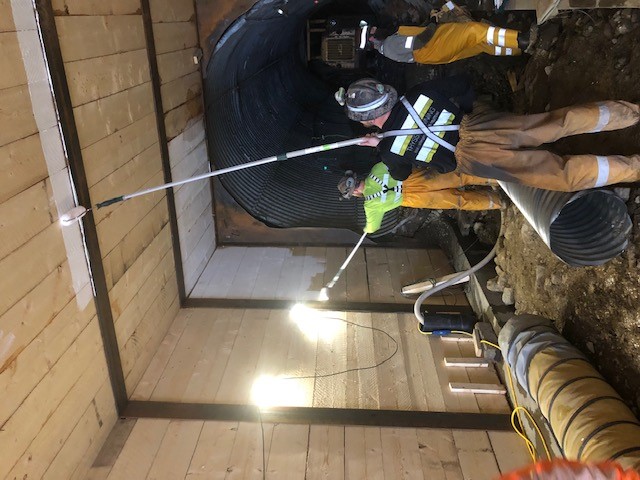 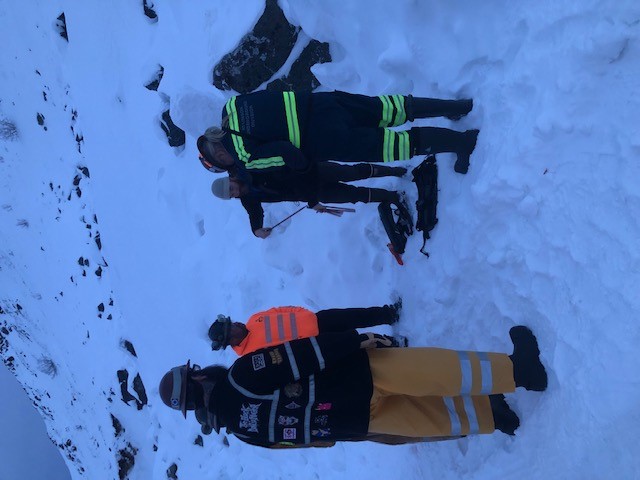 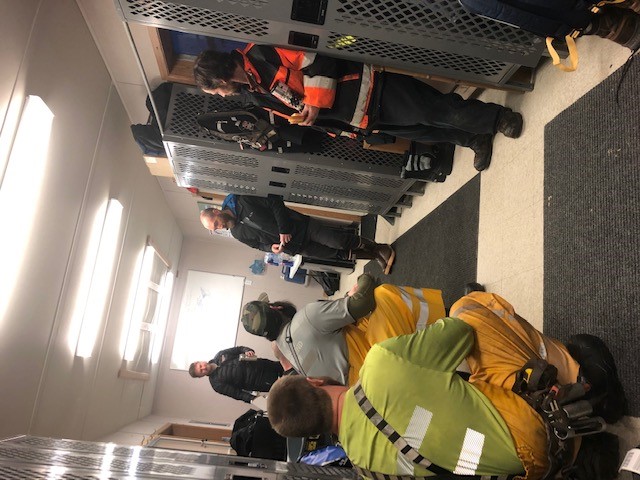 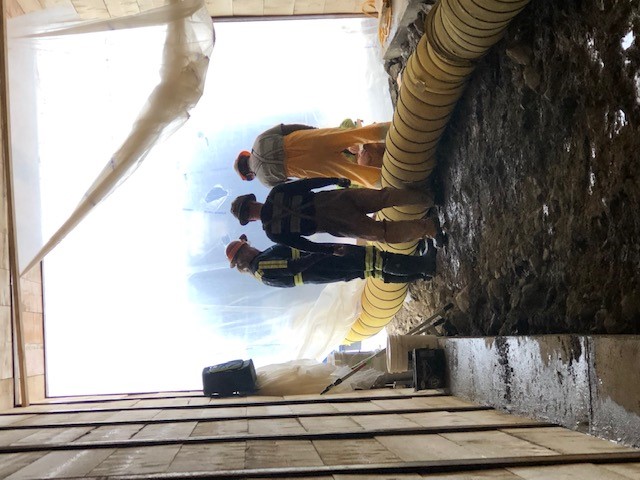