The 64,900 acres Eagle claim block was staked in 2012 and 2013 to cover favorable Peak Gold stratigraphy mapped along trend by State Geologists.  The Eagle block is underlain by similar geology as the northern Tetlin Hills and limited reconnaissance stream sediment and pan concentrate samples collected by Federal government agencies in the 1970’s revealed widespread copper and arsenic (an excellent pathfinder element for gold) anomalies within the area now covered by the Eagle claims (note - gold was not analysed for in the original government sampling).

In 2013 a reconnaissance level stream sediment and pan concentrate sampling program was completed over most of the southern part of the Eagle claim block and identified an area over 10 kilometers along a NW corridor where every creek draining the northeast slopes of the mountains are strongly anomalous in gold, arsenic and copper.  Further sampling continued along the northwest trend shows additional anomalous creeks up towards the Dome prospect, albeit far fewer streams have been sampled.

Follow up field exploration is planned for this exciting early-stage project during the 2021 field program.  A $3M program is planned for Eagle, Hona and Triple Z targets.  The objective of the geologic investigation on the Eagle claim block will focus on identifying drill targets in the highly prospective area between the Eagle and Dome prospects. 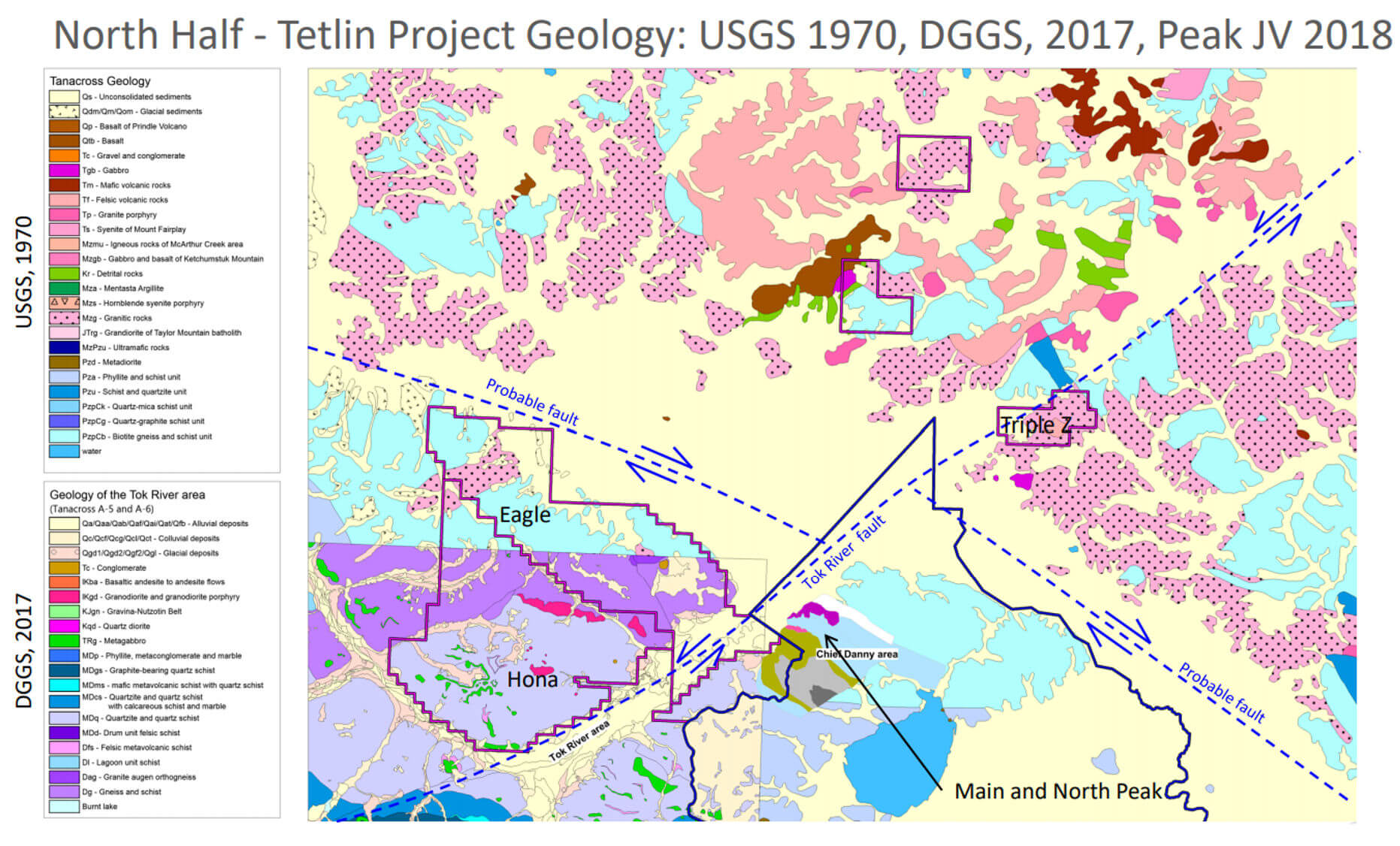 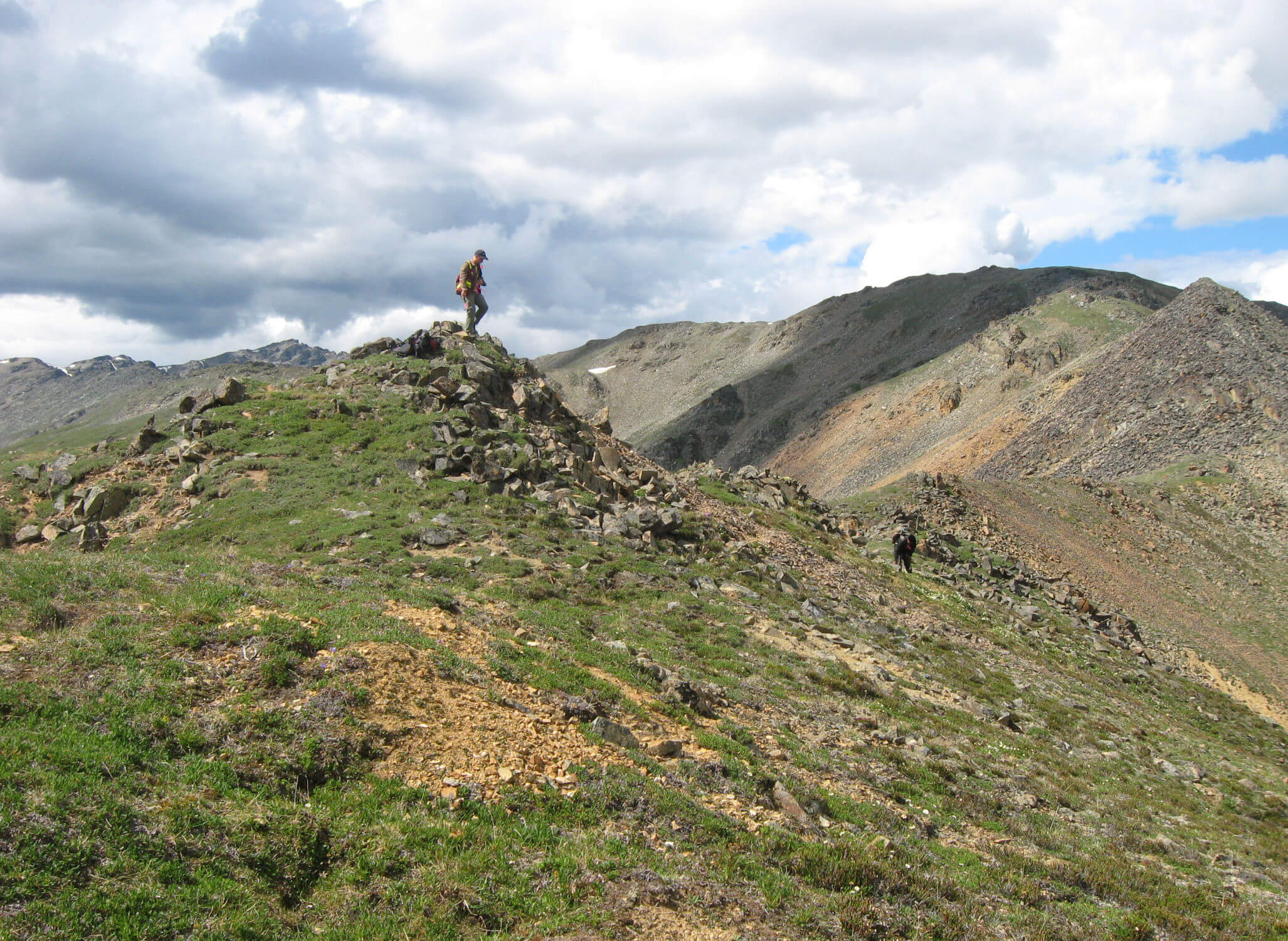 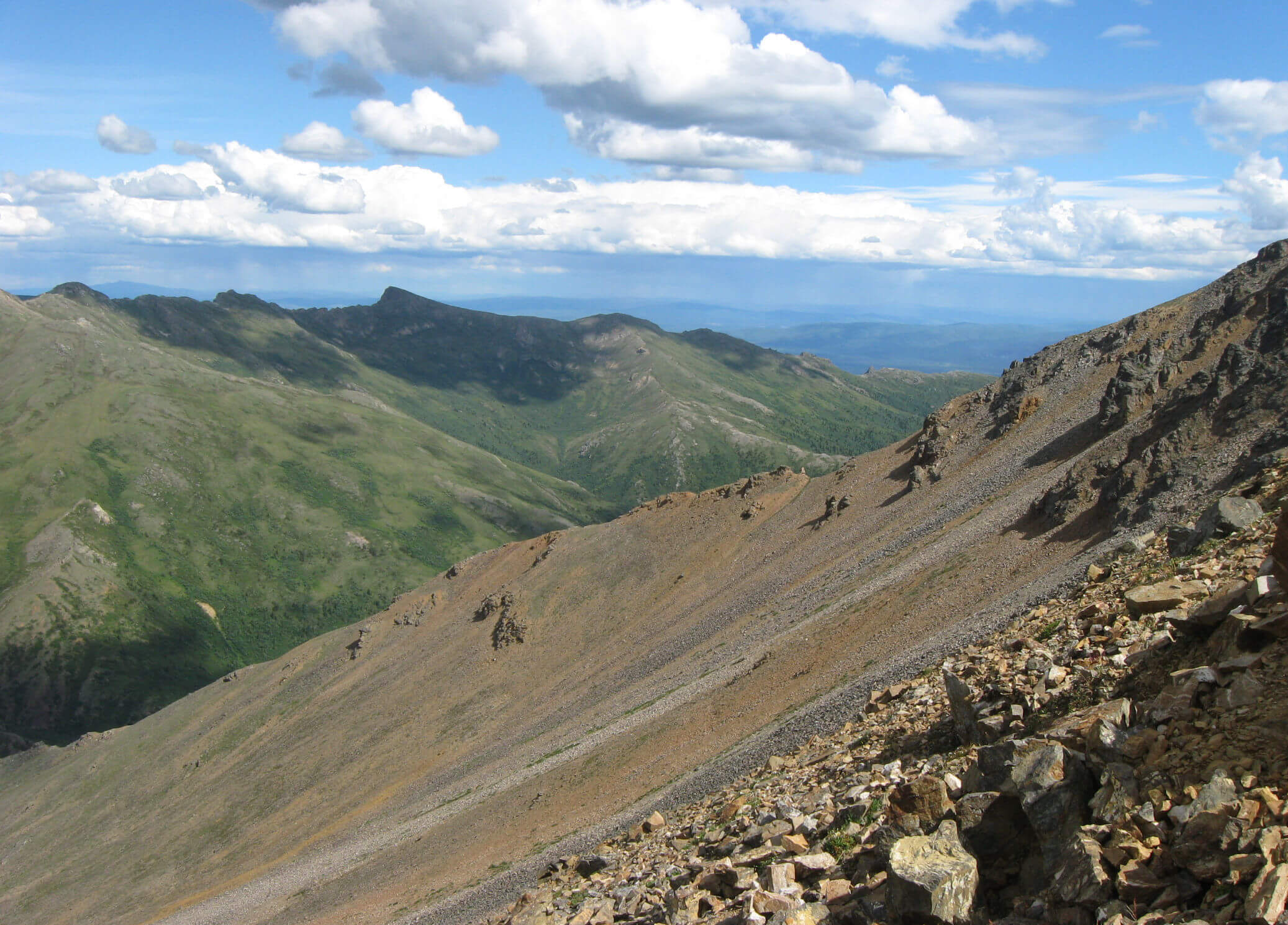 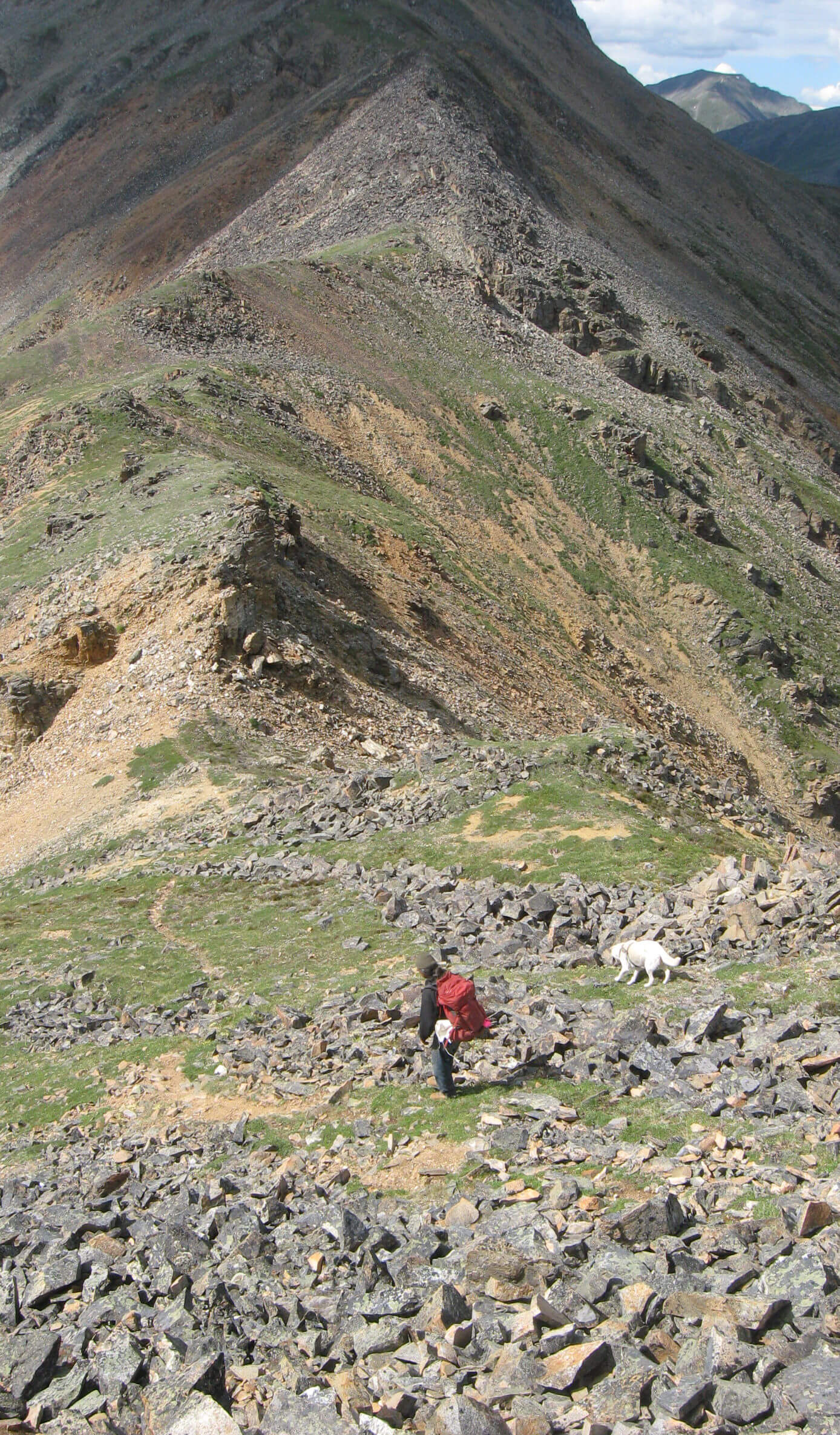 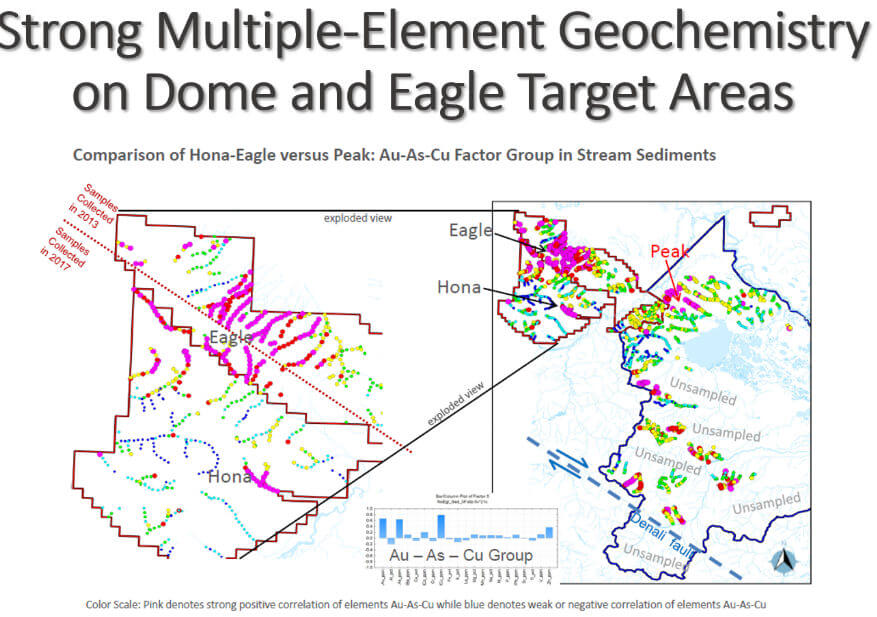 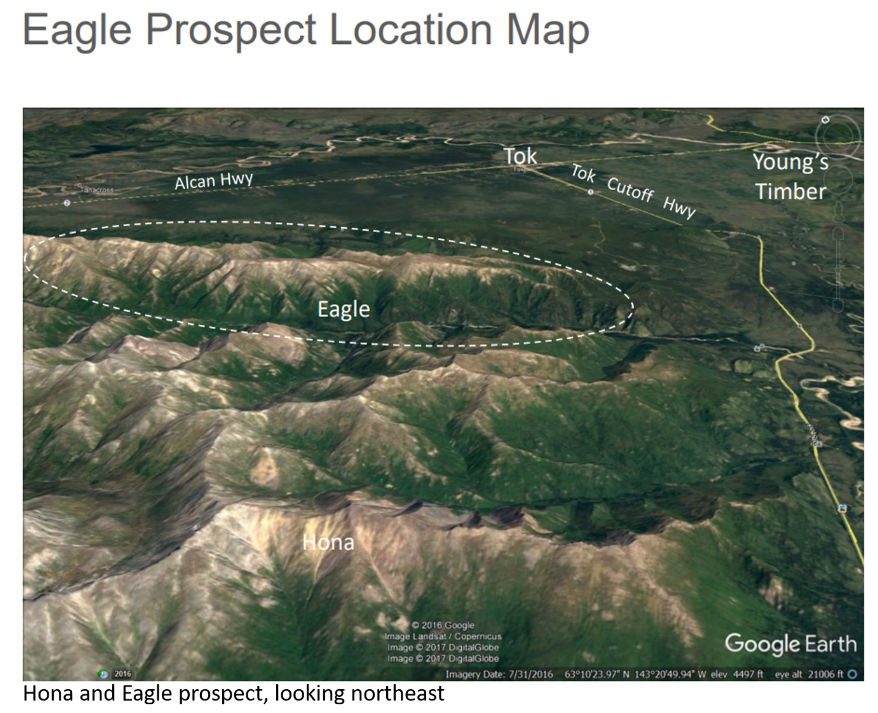